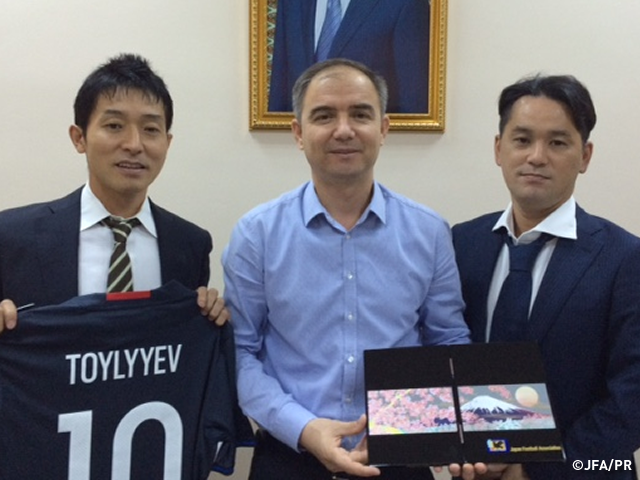 The Japan Football Association has been dispatching coaches to Asian countries in order to develop football in the continent. Let us introduce two coaches who started to work for Turkmenistan Futsal National Team.

The Asian Indoor Games will take place here in Turkmenistan in September 2017, which will be the very first international competition of any sports in this country. A 15000-seat stadium is built in the capital city, Ashgabat. Mr. Rovshen, General Secretary of Football Federation of Turkmenistan and other staff members told me of their expectation to have a good result as a host country, and I feel a huge responsibility.  I will do my best to meet their expectations by sharing all of my experience and knowledge as I have been doing so to Japanese futsal.

MAEKAWA Yoshinobu, Assistant Coach, Turkmenistan Futsal National Team
Since 2008, I have been working as a licensed futsal instructor and sharing the spirit of ‘learning and joy’ with many instructors through the game. Now I have started to work for Turkmenistan Futsal National Team towards the Asian Indoor Games 2017. At the same time, I would also like to contribute to the development of local coaches and    bring the level of futsal in Turkmenistan to even greater heights.