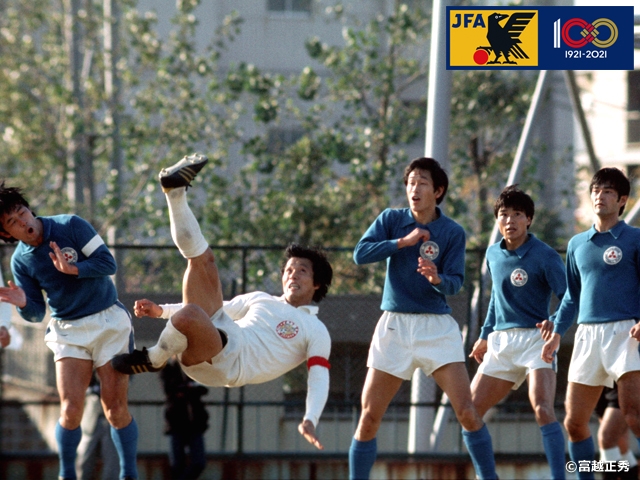 The Japan Football Association (JFA) will celebrate its 100th anniversary on Friday 10 September. To commemorate the 100th anniversary, we will post a countdown column that looks back from the founding in 1921 to the present. The second article was written by football journalist Mr. KUNIYOSHI Yoshihiro about the dawn of Japanese football from 1956 to 1989.

Development shown at the Tokyo Olympics

In June 1959, it was decided that the 1964 Summer Olympic Games was going to be held in Tokyo. It was a great opportunity to show the world the post-war reconstruction and the modernisation of Japan. Ahead of the Tokyo Olympics, the Japanese Olympic Committee has decided to participate in all competitions in the 1960 Rome Olympics. However, with teams required to win through qualifiers to participate in the football tournament, football became the only competition Japan failed to participate in Rome after losing at the qualifiers.

The development of Japanese football remained stagnant. Even in the 1958 Asian Games held in Tokyo, Japan lost back to back matches to the Philippines and Hong Kong and failed to reach the quarterfinals, finding themselves nowhere near the top-tier in Asia. The leaders of the Japan Football Association held repeated discussions to find ways to strengthen the team ahead of the Tokyo Olympics and arrived at a conclusion to invite a coach from overseas.

NOZU Yuzuru, the JFA president at the time, wrote a letter to the Western German Football Association requesting “cooperation for Japanese football and the dispatchment of a competent coach.” Winning notable titles such as the 1954 World Cup, West Germany was considered as one of the top teams of the world despite being a defeated country of the war, making them the perfect role model for Japan. And it was Dettmar CRAMER who was dispatched from West Germany in response to the request from Japan. Cramer, who served as a coach for the national team, was considered to have one of the best leadership skills in Germany and thrived in developing young players. The German coach displayed wonderful humanity and gained the trust of the players of the Japan National Team through his passionate coaching style.

He started by thoroughly coaching the fundamental techniques and individual tactics and had the skills to set the examples himself. In addition, he had a good eye for people, naming NAGANUMA Ken and OKANO Shunichiro, who were just over 30 years old at the time, as the head and assistant coaches of the Japan National Team to bring changes to the team.

The players also responded to Cramer's guidance, as the team thrived through several tours abroad and raised the overall level of the team through the three month training camp held before the tournament. In their first match of the Tokyo Olympics, Japan defeated South American powerhouse Argentina 3-2 and clinched their way into the knockout stage. Despite losing to Czechoslovakia 0-4 in the quarterfinals, they managed to achieve their goal of reaching the final eight. 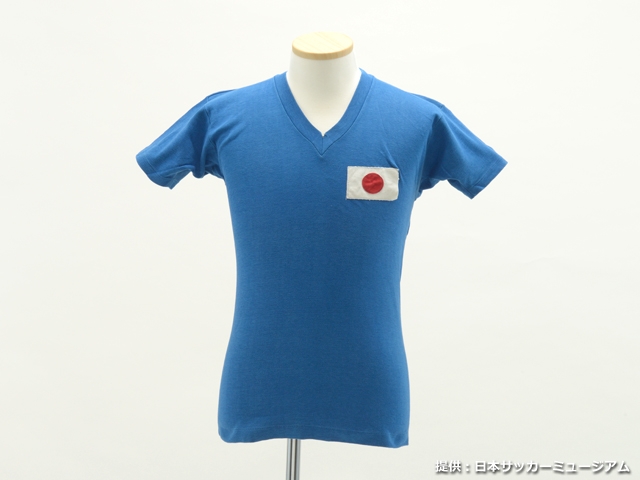 Failing to follow up on their success in Mexico

The team’s development plan came to fruition four years later. Half of the team was under the age of 23 during the Tokyo Olympics, including their striker KAMAMOTO Kunishige and speed-star SUGIYAMA Ryuichi, who were 20 and 23 years old respectively, and most of the players made their return for the 1968 Mexico Olympics, in which Japan defeated their rival Korea Republic to qualify. During that time, the team carried the principles left by Cramer and continued to gain international experience through numbers of tours abroad.

Of the 18 players who attended the Mexico Olympics, 14 were members of the Tokyo Olympics team. Out of which, Kamamoto, who spent his time in West Germany from January to March of that year to experience the trainings and daily activities there, showcased remarkable improvements to help him thrive at this tournament. He scored a hat-trick in their first match against Nigeria, a brace against France at the semi-finals, and against Mexico at the bronze medal match to lead Japan to win the bronze medal.

Their achievements in Tokyo and Mexico had a great influence to promote the sport of football in Japan. The Japan Soccer League (JSL), which started the year after the Tokyo Olympics with the advice of Cramer, attracted a great deal of interest, steadily rose awareness of the sport, and increased the player population. The match between JSL Mitsubish and Yanmar immediately following the Mexico Olympics attracted a record 40,000 spectators at the National Stadium, as Sugiyama and Kamamoto went head to head in this match.

However, despite the hype, Japan was eliminated at the qualifiers of the 1970 Mexico World Cup. The fact that their ace, Kamamoto, was side-lined due to Hepatitis had a huge influence on the team. On top of it, the squad remained almost unchanged since 1964, making them that much older. This was the result of intensive strengthening of a single team and negligence to train their successors.

The misstep turned out to cost the team dearly, as the team continued to struggle even after Kamamoto made his return to the team, as Japan failed to qualify for the next three Olympics (1972 Munich, 1976 Montreal, and 1980 Moscow) and two World Cups (1974 and 1978). 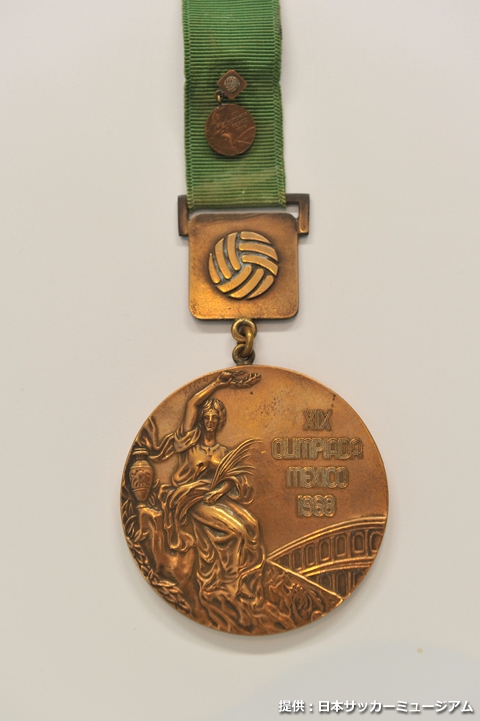 The situation did not improve in the 1980s, but rather worsened, as the number of JSL attendance continued to decline. However, high school football started to attract attention. The All Japan High School Soccer Tournament, which had been held in the Kansai region since January 1977, started to be held in the Tokyo metropolitan area and gained popularity. The matchups between teams of the metropolitan area, such as Urawa-Minami High School (Saitama) and Teikyo High School (Tokyo), against high level teams from Shizuoka, such as Shizuoka Gakuen and Shimizu Higashi, helped induce higher competition throughout the nation and became a major football event during the 1980s. Around the same time, the U-12 Japan Football Championship also started, playing a major role in the nationwide popularity of the sport and attracting more people to get involved in high school football.

With more talents being produced from the high school football scenes, the Japan National Team was showing signs of improvements in the latter half of the 1980s. In the 1986 World Cup qualifiers, Japan reached the final round along with Korea Republic, and although being eliminated there, they were making forward progress. Soon afterwards, Japan reached the final round of the 1988 Seoul Olympic qualifiers but fell short from qualifying despite holding a major advantage into their final match against China.

However, it was clear that even in these two qualifiers, Japan was nowhere close to reaching the level of Korea Republic and China, and that they needed to raise the overall level in order to compete against their Asian rival. That was when the shift to “Professionalisation” became a hot topic. While discussions were being made in Japan, OKUDERA Yasuhiko, who played professionally in West Germany for nine seasons, made his return to Japan. In order to welcome players like him, the league started to accept professional players under the name of “Special license player” in 1986. Okudera and KIMURA Kazushi, who played for Nissan at JSL, became the first players to be designated as the “Special license player.”

Women's football also sprouted in the 1980s. The first official Japan Women’s National Team was formed in June 1981, and the women's football league started in 1989.

Despite the feats achieved by Japan in Tokyo and Mexico during the 1960s, the country struggled to find their path in the next two decades. It was a time when the Japanese football scene was trying to find hope by promoting the sport towards younger generations while making technological improvements. 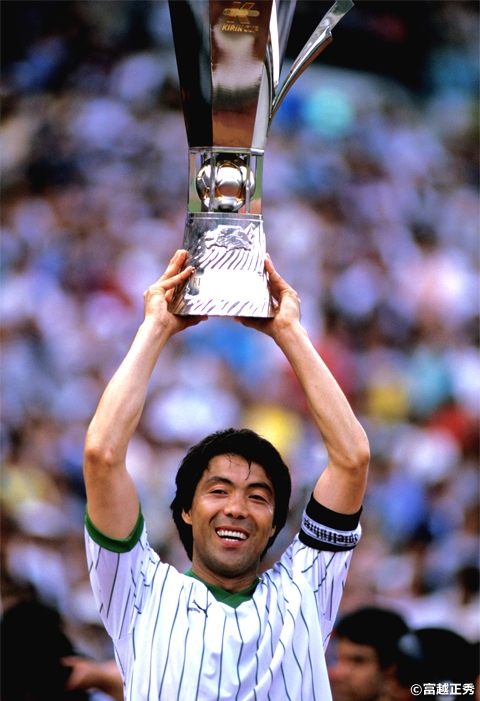