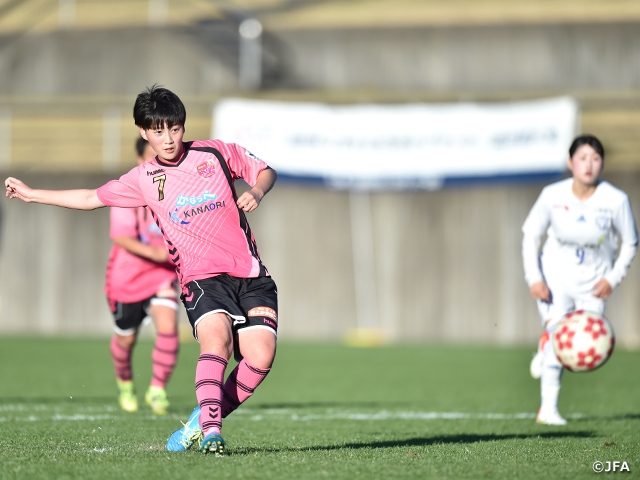 Nine first round fixtures of the Empress's Cup JFA 43rd Japan Women's Football Championship took place on Sunday 28 November. At Fujieda Soccer Stadium, two teams from the first division of the Nadeshiko League made their appearances, but only one made it through to the second round.

In the match between NGU Loveledge Nagoya (Nadeshiko1/Aichi), who has reached the second round in four consecutive Empress's Cups, and Tokai University Fukuoka High School (Kyushu/Fukuoka), who reached the quarterfinals of the Inter-High School Championships, Nagoya took control of the match by dominating the flanks.

Nagoya took an 2-0 lead by the 19th minute, after EZAKI Anna converted the cross sent from the left side by ABE Yukiko, before setting up the goal of ICHIHARA Rina with a cross from the right side. With momentum on their side, Nagoya continued to show their aggression, as TAKAHASHI Ruriko fired a shot that struck the crossbar.

The second half saw Tokai University Fukuoka rally back, as NISHIKAWA Ayako struck a powerful left footed shot that found the back of the net, cutting their deficit in half. 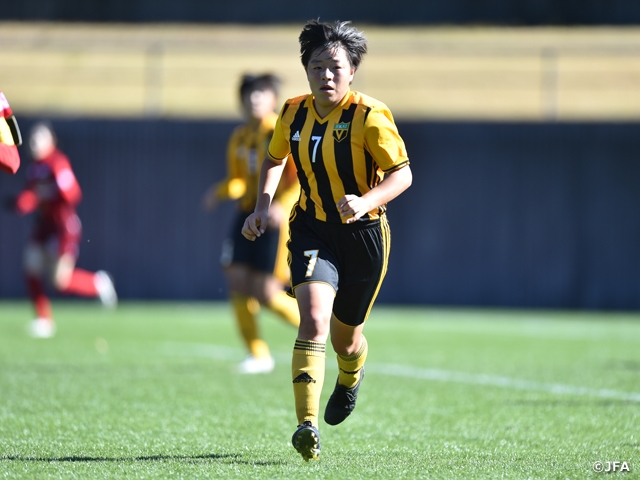 However, Nagoya responded right away with back to back goals scored by TAKEBAYASHI Yuma, who entered the match from the second half, as Ezaki assisted both goals in the 49th and 51st minute. Now with a 4-1 lead, MIURA Momo, who was named as the best eleven of this season’s Nadeshiko League, played an integral part to keep the Nagoya offence going.

Despite conceding a three goal lead, the players of Tokai University Fukuoka continued to apply aggressive pressure to keep the Nagoya side on their toes, as YOSHIMURA Akari and MATSUZAKI Kokoro actively struck shots to threaten the opposing goal.

With Nagoya using their substitutes to keep the players fresh, the match ended with a final score of 4-1, sending Nagoya to the second round for the fifth year in a row. 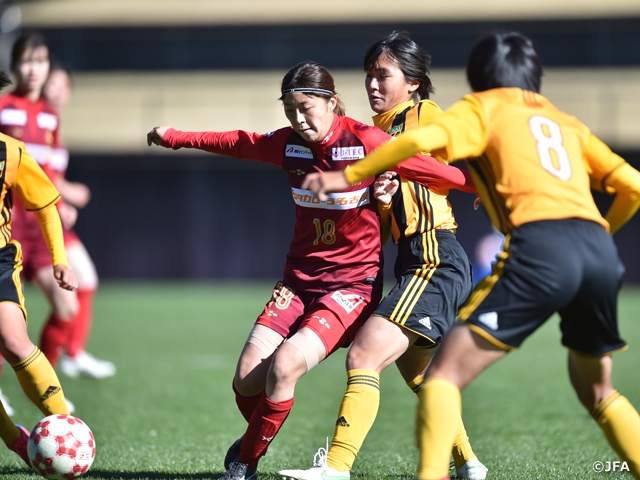 In the match between two Kanagawa sides, Nittaidai FIELDS Yokohama (Nadeshiko1/Kanagawa), who finished fourth in the first division of the Nadeshiko league, and SEISA OSA Rhea Shonan FC (Kanto/Kanagawa), who missed out on their opportunity to get promoted to the second division of the Nadeshiko League, Nittaidai showcased their dominance by firing 14 shots, but struggled to find the back of the net.

Nittaidai created close opportunities in the 29th and 41st minute, but the attempts made by KANEHIRA Risa and ONISHI Wakana were both denied by the tenacious efforts made by the Shonan defence.

Using the speed of WATANABE Urara, Nittaidai continued to create chances in the second half, but Shonan gradually picked up their pace through their passing football.

In the 57th minute, Shonan’s NAGAYAMA Moka broke into the space behind the Nittaidai defence, but TOMIOKA Chihiro made a sliding effort to intercept the ball. ENDO Sakura followed soon afterwards, but her shot was saved by the Nittaidai goalkeeper YAGI Fuari.

The third time was the charm for Shonan, as Nagayama once again made a run into the box, this time drawing a foul from Yagi to earn a penalty kick. It was Endo who converted the spot kick to break the deadlock and give Shonan the lead.

With their backs against the wall, Nittaidai collected the ball to MIURA Haruka and Watanabe to initiate their attacks but led by goalkeeper ASAKOSHI Chihiro and two centre halves, NATSUME Moyu and YAMAMOTO Rei, the Shonan defence made desperate efforts to clear the ball.

The final whistle was blown after Onishi made one last effort at goal, which sailed over the crossbar. As a result, Shonan advanced to the second round in their first ever appearance in the Empress's Cup. 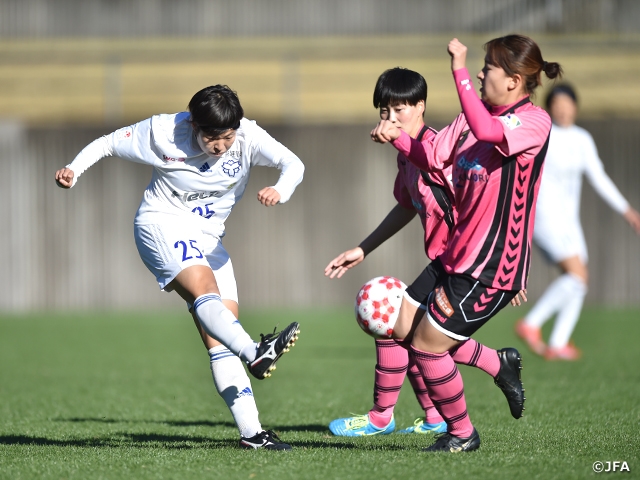 MF #10 MIURA Momo (NGU Loveledge Nagoya)
Although we managed to win by three goals, we are not satisfied with our performance. We conceded a goal at the beginning of the second half, so we need to do a better job at the restarts. There were also plenty of opportunities we could have capitalised, so that is another aspect we need to improve on. We will now face AS Harima Albion, who is ranked seventh in the Nadeshiko League, just one rank above us. We have won a match and lost a match against them this season, so it is a match we cannot afford to lose.

YAMAMOTO Hirona, Coach (Tokai University Fukuoka High School)
We entered this match with the intention to showcase our strong points and see how far we can go. Although this was our first time playing 90 minutes, we had played four consecutive matches in the All Japan High School Women's Soccer Tournament Kyushu qualifier, so we weren’t worried about our stamina. We should be proud of the fact that we managed to create some chances. Ahead of the All Japan High School Women's Soccer Tournament, we hope to raise the quality of our plays in the final third while also improving our defence when dropping deep.

OTSUKI Shigehisa, Coach (Nittaidai FIELDS Yokohama)
Our opponent was really good at possessing the ball, which made it very difficult for us to score goals. Although we still had time left after conceding the goal, we couldn’t find our rhythm until the end. We competed through the entire Nadeshiko League and the university league with only the university players this season, so I think the players were able to gain a lot of experience. We will have to reset our minds ahead of the All Japan University Women's Football Tournament.

DF #2 NATSUME Moyu (SEISA OSA Rhea Shonan FC)
It was a very tough 90 minutes. We were facing a strong team, so we focused on making quick transitions when we couldn’t finish our plays with a shot, and I think we were able to work hard throughout the match. Our next goal is to have revenge against Nippon TV Tokyo Verdy Menina, who we lost 0-6 at the Empress's Cup qualifier. It will be another tough match, but it isn’t a match we cannot win, so we hope to work together as a team to create chances like we did today.