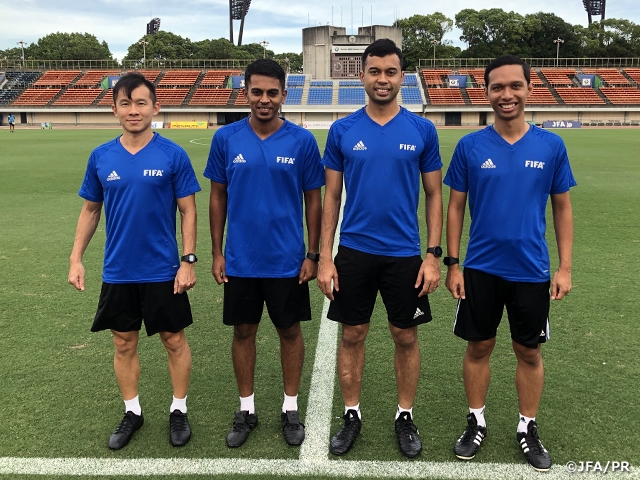 One day before the match between Shonan Bellmare and Athletico Paranaense at the J.League YBC Levain Cup / CONMEBOL SUDAMERICANA Championship Final 2019 Kanagawa, the referees in charge of the match held a practice session at the match venue, Shonan BMW Stadium Hiratsuka, on Tuesday 6 August.

It is an honour to be given the opportunity to referee the title match with this referee team from Singapore. This match will be played between two champions. We hope to see both sides play with the spirit of fair play and showcase a wonderful match.