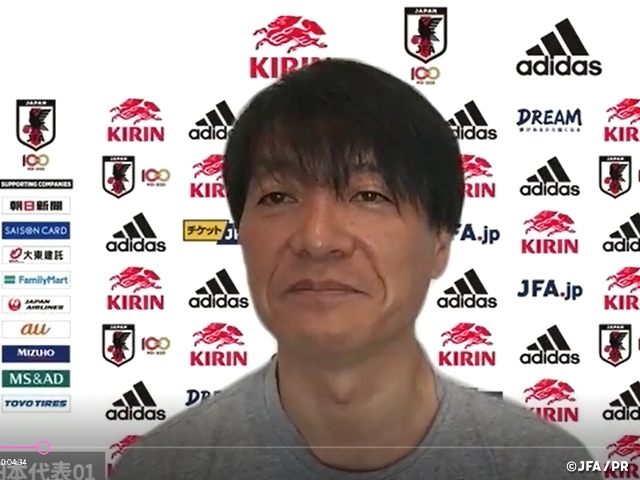 One day ahead of their match against the SAMURAI BLUE (Japan National Team), the U-24 Japan National Team held an official training session at Sapporo Dome on Wednesday 2 June. The players were seen going through warmup drills before the session went behind closed doors, as the team held a scrimmage and went over their set-pieces to prepare for the match.

Coach YOKOUCHI Akinobu, who is in charge of the team for this match, mentioned, “Being able to face the SAMURAI BLUE in a real match situation gives us a great opportunity to strengthen the team. We would like to focus on how our players incorporate the team concept and how they keep themselves on the same page.”

DOAN Ritsu (DSC Arminia Bielefeld) shared his take on the match, “This is a great opportunity to find out where we stand. It is important that we play with confidence, but we must also focus on getting our jobs done. We will leave everything on the pitch and see how the match turns out.”

The SAMURAI BLUE was scheduled to play in an international friendly match at Sapporo Dome in September 2018, but the match was cancelled after the area was struck by the Hokkaido Eastern Iburi Earthquake. Despite being affected by the earthquake and the subsequent power outage, the hotel staffs and local people continued to support and provide hospitality for the SAMURAI BLUE. This match between the SAMURAI BLUE and U-24 Japan National Team will be held in a form of a charity match to showcase the team’s gratitude for the people of Hokkaido. Although the match will be played without any spectators, an online fundraiser will be held during the match to collect donations to support the medical workers who are fighting against the pandemic on the frontline.

YOKOUCHI Akinobu, Coach of U-24 Japan National Team
The players were training for the match against Ghana on Saturday 5 June, so this change puts us in a difficult situation, but we will think of it as an opportunity and try to make the most of this situation. We have not been able to train much with the OA players, but they are doing their best to communicate with the younger players. It will be interesting to see how the U-24 players will coupe against the SAMURAI BLUE. We are given an extra match to build on the team, so I hope this will allow the players to deepen their understanding of the team concept. Being able to face the SAMURAI BLUE in a real match situation gives us a great opportunity to strengthen the team. We would like to focus on how our players incorporate the team concept and how they keep themselves on the same page.

GK #23 TANI Kosei (Shonan Bellmare)
I am excited to see four GKs named into the squad, as the competition is going down to the wire. In order to make the final roster for the Olympics, it is important that we continue to play in the J.League matches on top of these national team activities. If we can continue to inspire each other, we can all become better players down the road. This match (against the SAMURAI BLUE) is not something that comes by that often, so we must think that we are fortunate to be given this opportunity. I am excited. We will give our best efforts to win the match. 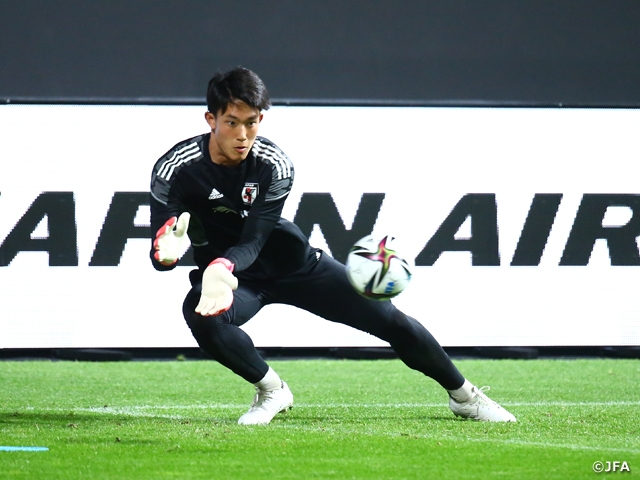 DF #20 HATATE Reo (Kawasaki Frontale)
I got so excited when I heard about this match. I am looking forward to seeing how much I can coupe against the top players of Japan. It also gives us an opportunity to find out where we stand in the world. When we faced the U-24 Argentina National Team in March, we saw that our offence was effective against the South American side, but I personally felt that we were way behind in the defensive aspect. That is why I have been working to increase my intensity level in defence after returning to my club. Regardless of where I play, my job is simple, I either defend the goal or score a goal. I hope to showcase a good performance to help the team win. 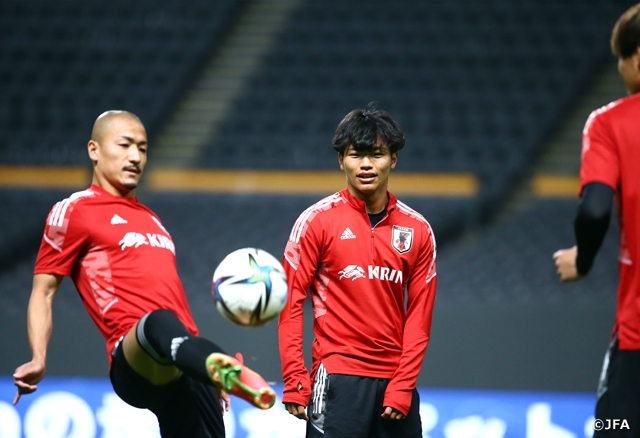 MF #7 MITOMA Kaoru (Kawasaki Frontale)
Our matches against Ghana and Jamaica still remain as our main goal, so I hope to build up my condition for those matches. The next three matches will certainly have an impact on the team selection, so I will do my best to earn positive results. In order for us to make a deep run, we must work together with the OA players. I will keep my position high and try to get myself involved in our team’s goals. 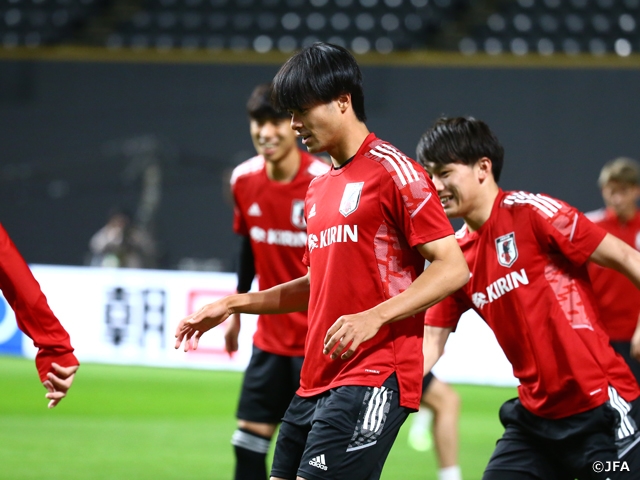 MF #10 DOAN Ritsu (DSC Arminia Bielefeld)
This season, I tried to incorporate changes and worked on many things that could help me become a better player. The fact that I was able to regain my game intuition was huge and I was able to gain confidence by playing in the big five European football leagues. Last year I often found myself rushing my plays, so I did variety of trainings to fix that. A bit of creativity is essential to make people entertained, and if the viewers aren’t having fun, I am not having fun. That is why I am always thinking of ways to have fun. I hope I can showcase an improved version of myself and bring excitement to the U-24 Japan National Team. 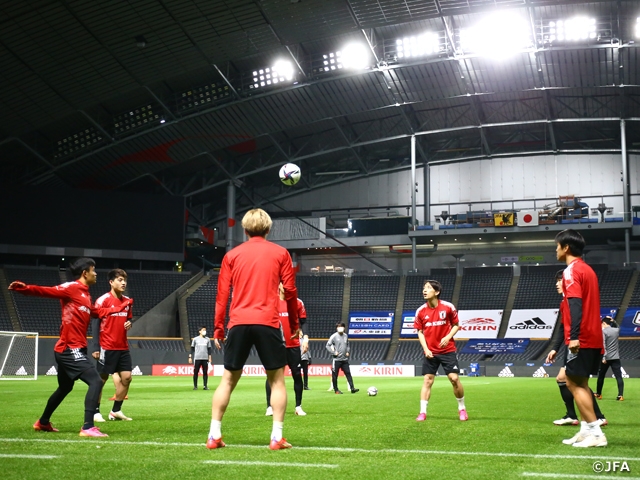