The Japan Beach Soccer National Team finished as the runners-up in the FIFA Beach Soccer World Cup Russia 2021™ (8/19 - 29). Here we will share the interview conducted with AKAGUMA Takuya (Lazo Apego Kitakyusyu), OKUYAMA Masanori (Loewe Yokohama), and OBA Takaaki (Loewe Yokohama), where we asked them about the matches that left strong impressions.

OKUYAMA Although the team activities were restricted due to the influence of the Covid-19 pandemic, both staffs and players were able to attend the tournament without losing motivation. The fact that the entire team, including the medical staffs and trainers, was facing the same direction, helped us reach the final. It also helped that no one tested positive for Covid-19, there were no injuries other than MATSUDA Kosuke who left before the tournament, and didn’t have anyone suspended, which allowed us to compete with our best member throughout the tournament.

AKAGUMA While our activities were limited, we were given plenty of opportunities to hold training camps domestically, and provided with two trainers during the tournament, which helped us finish as the runners-up. With so many people supporting us, “gratitude” is the most fitting word to describe this tournament.

OBA I think the most important thing is that the event was held safely during a difficult situation, it was completed successfully, and the team was able to return home safely without anybody getting infected. With all the risks surrounding Covid-19, the regulations and schemes were completely different from usual, which put us in a stressful environment, but the staffs took great care of us to limit that stress and allowed us to compete in great condition. 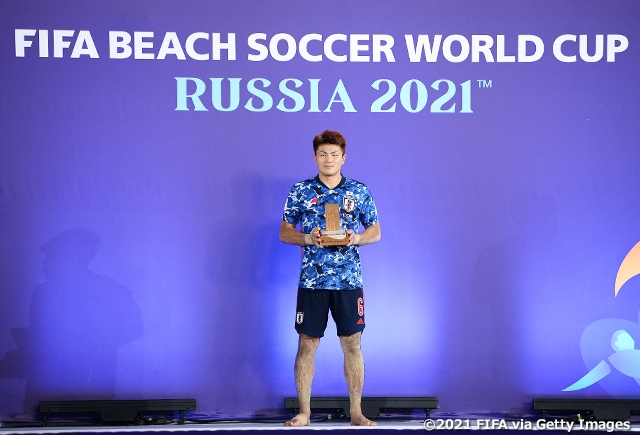 AKAGUMA It was an award won by my teammates and staffs, and I was happy that I was able to score more goals than the last tournament. However, I was telling everyone that I was going to be the top scorer, and I wasn’t able to reach the target number, so I am a bit disappointed to be honest.

――You faced tough competitions from the group stage. Which match left a strong impression?

OKUYAMA To me, it was our first match against Paraguay. We entered the match prepared to face various situations but being down 0-3 in the early minutes was not one of them. However, the team stuck together and managed to come from behind with the goals score by Akaguma and YAMAUCHI Shusei. It was a match that gave the team confidence and momentum. 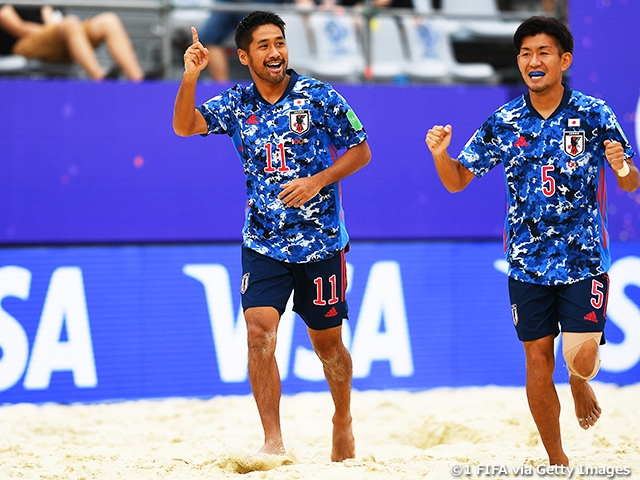 AKAGUMA For me, it was the quarterfinal match against Tahiti. In that match, we conceded the go-ahead goal with about 20 seconds left, but Oba scored the equaliser, which allowed us to win in overtime. It was a critical goal that propelled us to the final and I think the confidence we gained from the match against Paraguay led us to this come from behind victory.

OBA I would say it was the final against Russia. Following our 1-7 loss at the group stage, coach TABATA Teruki kept telling us “Let’s redeem ourselves on the same pitch,” and completely changed the strategy at the final, which helped us put up a better fight. Although we fell short from winning the match, it was a match that gave us hope for the future.

――As Mr. Akaguma mentioned, the equaliser scored by Oba in the match against Tahiti was impressive.

OBA To be honest with you, I don’t remember much about that goal. When we conceded the lead, I was standing outside the pitch waiting to be subbed in, but I squatted down in spite of myself. That was when the face of Mr. RAMOS Ruy (former coach of the Japan Beach Soccer National Team) appeared in my mind, yelling at me “hey, don’t give up!” So I stepped on the pitch determined to take a shot at the restart, and when I made eye contact with MOREIRA Ozu, I knew that he was going to pass the ball to me. From then on, I don’t remember much. It was like my body just reacted to the play.

――The goal went through the legs of the opponent, took a bounce before finding the back of the net.

OBA It must have been a gift from God. I have a tendency of getting under the ball too much in situations like that, so that was a goal scored by the entire team and those who weren’t able to be there. 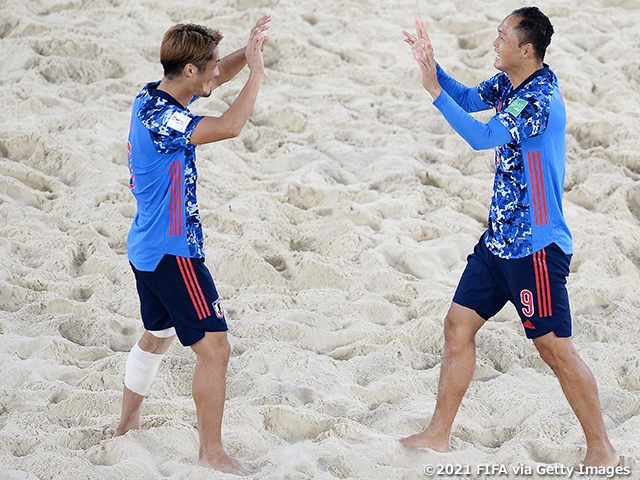