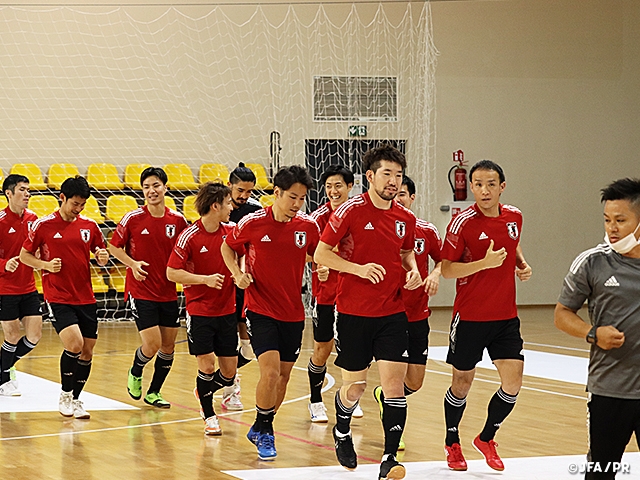 Following their 8-4 victory over Angola in the FIFA Futsal World Cup Lithuania 2021™, the Japan Futsal National Team held a recovery session on Wednesday 15 September to prepare for their second group stage match against Spain.

As the team learned from coach Bruno GARCIA’s stylebook on the day before their match against Angola, the team is “focused on living the present,” as they have put their victory behind to focus on their next match against Spain.

With their next match scheduled in two days, the team’s top priority is to prepare their physical conditions. The players who played long minutes against Angola focused on recovering their bodies with a light menu, while players with limited minutes, PIRES Higor, MINAMOTO Akira, YAGI Kiyoto, and MORI Gensuke, and the two players who were out of the bench, YAZAWA Daimu and MORIMURA Takashi, went through drills to work up a sweat.

The players also spent their time off the pitch visiting the medical staffs to take care of their body and focused on refreshing themselves both mentally and physically.

On this day, the second fixtures in Group A and B took place, as Kazakhstan and Venezuela clinched the knockout stage with consecutive victories, while the host nation Lithuania lost back to back. In Group B, Russia won their second straight by defeating Uzbekistan.

The Japan Futsal National Team is scheduled to face Spain in their second group stage match on Friday 17 September. 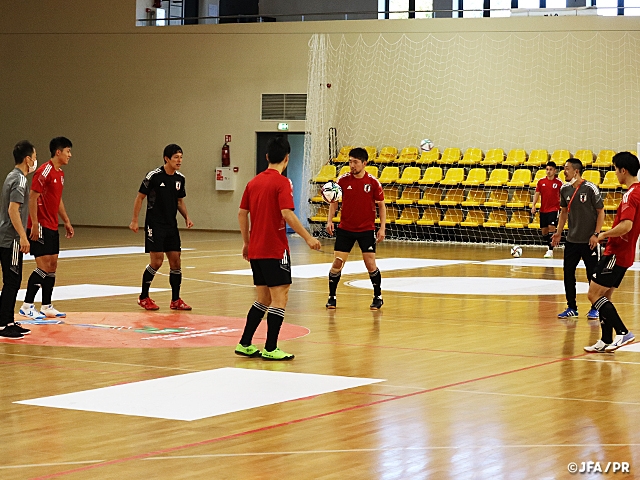 FP #5 MINAMOTO Akira (Tachikawa-Fuchu Athletic FC)
With it being our first match of the tournament, earning a victory was our top priority in this match against Angola, so I am glad we were able to earn three points. However, as our coach mentioned, we were not able to showcase the style of futsal we were striving for. Despite scoring eight goals, as a team that relies on defence, we cannot afford to concede four goals in any kind of match. This match reminded us that, in order to achieve the results we are striving for, we must first focus on defence to construct our matches. We came long ways to reach this World Cup. I was overwhelmed when we arrived at the match venue, but once stepping on the pitch, I was fully committed to contribute to the team’s victory. I have played in the Spanish league before, so facing Spain in our next match gives me a special feeling. I think I have a good feel on how the Spanish players play, so I hope I can use my experience to help the team earn a victory. 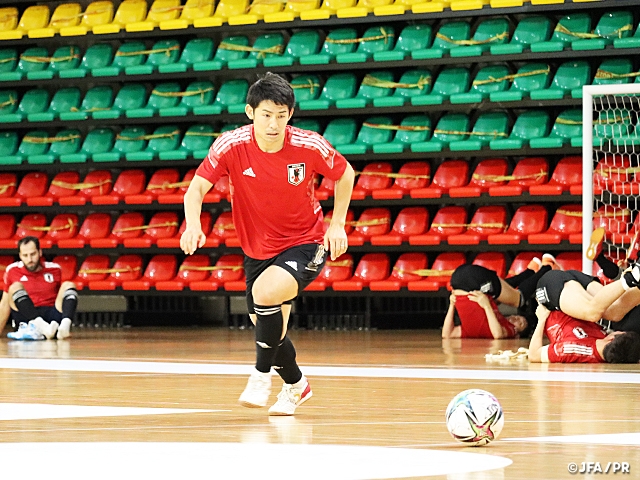 FP #15 OLIVEIRA Arthur (Nagoya Oceans)
This match against Angola was my first official match as a member of the Japan Futsal National Team, so I was very excited entering the match. The fact that I scored four goals is not important. The most important thing is that the team was able to start the tournament with a victory. There were stints where we struggled to score goals, but that is not uncommon in a futsal match. Especially considering the tension and anxiety that comes with the first match of a tournament, I think we did well. This was my first World Cup, so I was feeling a bit nervous, but I was able to relax after making my first pass. I received a call from my dad after the match and he told me that we can expand our opportunities by focusing on each match in front of us. We were not able to showcase our best performance in this match against Angola. Despite winning 8-4, we made many mistakes and that is something we must fix ahead of our next match. We were able to play a good match against Spain last month. We conceded two goals from set-pieces, but there were moments where we were able to take control of the match. If we can create more moments like that, we will have a good shot of winning the match.

FP #13 MORI Gensuke (Pescadola Machida)
I was pretty calm until the day before of our match against Angola, but I found myself feeling uneasy on the night before. However, I knew that I am a type of player that thrives under pressure, so I was very excited when I stepped on the pitch. We committed many mistakes that cost us goals in our match against Angola, but I am glad that we were able to win at the end. The fact that we were able to overcome the difficulties of entering a tournament gives us confidence moving forward. Personally, I feel like I haven’t been very effective in converting chances in our pre-tournament matches. and there were a few opportunities I should have capitalised in this match as well, so that is an aspect I must improve on. I will enter our next match against Spain a strong determination to score goals. 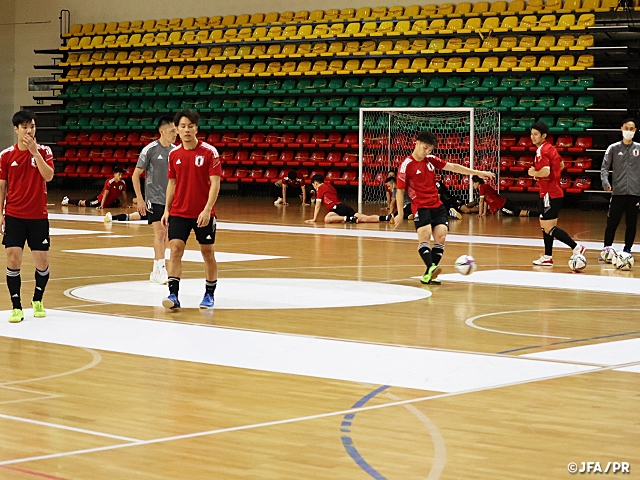