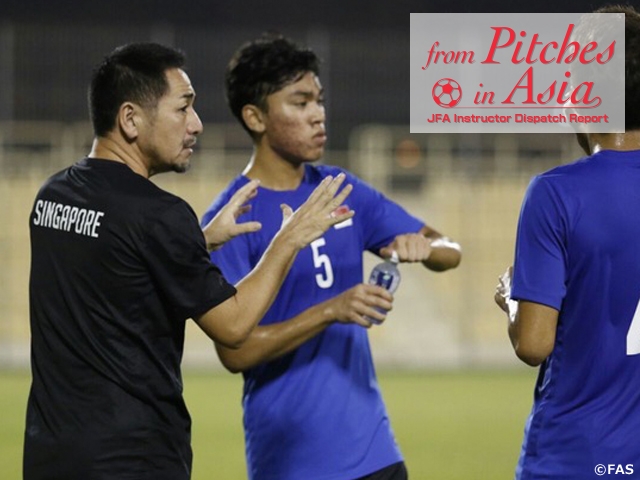 The 27th issue of “From Pitches in Asia,” reporting voices of instructors in Asian countries, is from Mr. INOUE Takuya, who works for the Football Association of Singapore (FAS) as Coach of U-17 Singapore National Team.

Singapore is a multiethnic nation comprised of Chinese, Malays, Indians and Eurasians living together with their own language, culture and religion coexisting side by side. Malays (Muslims) account for nearly 80 percent of the players on my team. They do not take any food or drink from sunrise to sunset during Ramadan and play matches or practise after sunset. This is the first experience for me, and I am slowly getting used to new customs.

There are approximately 5.5 million people living on the land where is as large as Tokyo's 23 wards. The 60 percent of them have the Singapore nationality while the remaining 40 percent are permanent residents and foreigners. It is a challenge to discover and nurture talents from these limited resources. Our training ground is a public stadium. Even in a situation where people are jogging or exercising aerobics with loud music around the pitch, I try not to let my players lose their concentration and put through intense training.

Football is popular in Singapore, especially the European leagues like Premier League and Bundesliga. While amateur football and futsal events also take place on weekends throughout the nation, such popularity does not reflect on the country's S.League. Other Southeast Asian leagues are recently gaining momentum, and we would need put more effort and work harder to catch up with them.

Aside from the top national team, the FAS is comprised of the National Football Academy (NFA) with U-14, U-15, U-16, U-17, U-18 teams and U-20 Development Team as well as U-22 "Young Lions” (participating in the S.League), and they are all working on developing young talents.

During the last two years, I was the coach of NFA U-18, and U-18 and U-19 Singapore National Teams and participated both AFC U-19 Championship and AFF U-19 Championship. In 2017, I have worked with NFA U-17 as their coach, train the team everyday and played in "Prime League (under 21 league of S.League)” as the youngest team.

For the current U-17 players, it is taking some time to get accustomed to playing the Prime League with players who are four to five years older, as our players were playing in the U-17 league as U-16 Youth Team last year. Our performances in the league are inconsistent. We have good games but failing to convert our chances into goals, while the opponents capitalise on the only chance they have. We still have many areas to work on, but currently I am focusing on improving the individual skills and nurturing group tactics. Special attention is needed on the mental aspects as well, and we are also instructing the players to have discipline and right mind-set.

The FAS also put efforts on grassroots, coach education and player development under  Technical Director from Belgium. The head of the Development Committee is from France, and the advisors for the goalkeeper and physical coaches are from Belgium.   Furthermore, Dutch, French, Japanese and Singaporean are working as coaches for youth categories, which makes the environment truly multinational.

Singapore is very keen for education to develop human resources, and sports receive lower priority. It is not easy for athletes to combine study and sports, and some people quit football to focus on studying. There are also other difficulties in developing players because of the limited sporting facilities, education system and military conscription, however, I am committing myself to do what is best for each player. 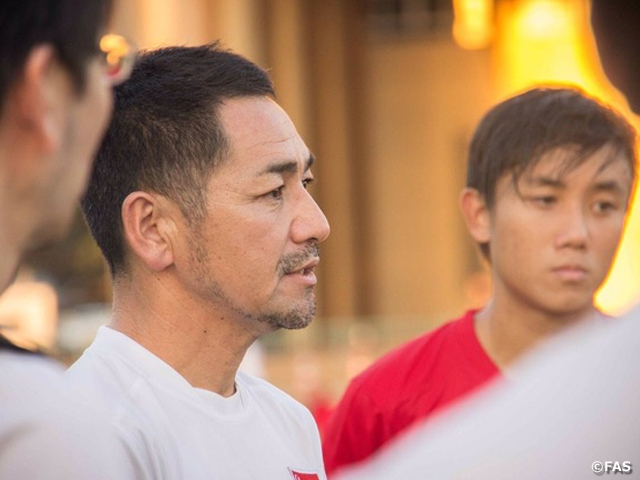 Participation in 2017 J.League U-16 Challenge League

Our team competed in the 2017 J.LEAGUE U-16 CHALLENGE LEAGUE from 4 to 6 April in Shizuoka Prefecture. It was a tough schedule where we had five matches in three days, but Singapore players and staff members had wonderful experience through the matches against the teams with different playing styles. We performed as we intended in some game, while there were other matches where the opponents dominated completely with superior individual skills and tactics. We finished in the fourth place with two wins and three losses, but, more importantly, we learned what worked and didn’t work by participating in this tournament, as well as discovering the difference in level of football between the Japanese team and us.

There was also a difference in the judgement standard used by the referees, and there were occasions where the free kick was not given even when my players fell down and appealed. Playing in these games where toughness was required, my players learned the importance of adapting to difference circumstances as well. Furthermore, I believe my players also realised their mental weaknesses. Looking at players crying in frustration after losing the game, as a coach I felt my next challenge coming up to train these boys. I truly hope they will capitalise on what they experienced on and off the pitch as a player and as a person as well.

Based on these experiences, we need to address the issues and take matters at hand seriously. We need to work on both individual skills and group tactics, and close the gap with other Asian countries. These years, we are seeing increasing number of players from Southeast Asia play in the J.League. I believe if Singapore player have chances to play in the J.League in the near future, it would surely accelerate the development of football in this nation. 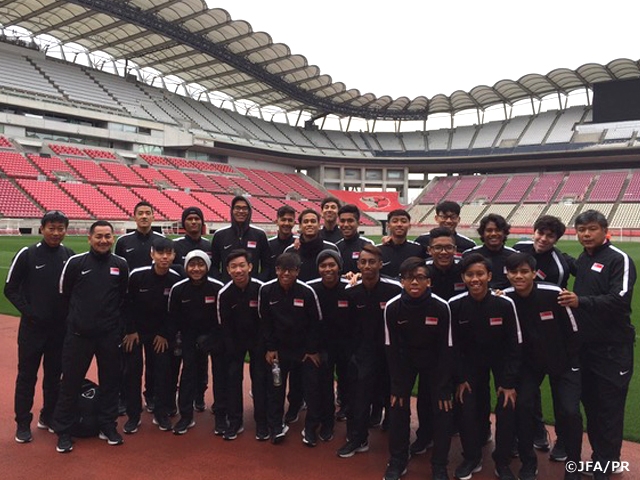