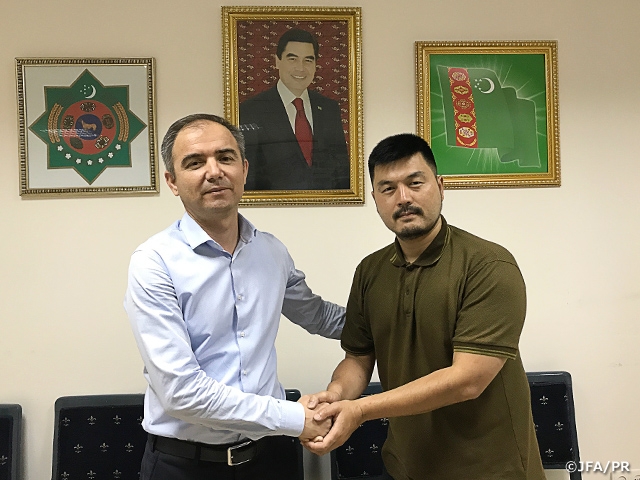 The Japan Football Association has been dispatching coaches to Asian countries in order to develop football in the continent. The latest example is BABA Tomonori, who was dispatched to Turkmenistan as GK and fitness coach to assist their futsal national team.

Turkmenistan Futsal National Team is currently in preparation for the 5th Asian Indoor and Martial Arts Games (Ashgabat 2017) which will be held in their home country for the first time from Saturday 16 September. This is a competition where Japan Futsal National Teams (Men & Women) will participate as well. In Group A, Turkmenistan will face Vietnam, Chinese Taipei, Hong Kong and the Solomon Islands before entering the knock-out stage of the tournament and aim at winning a medal as the host.