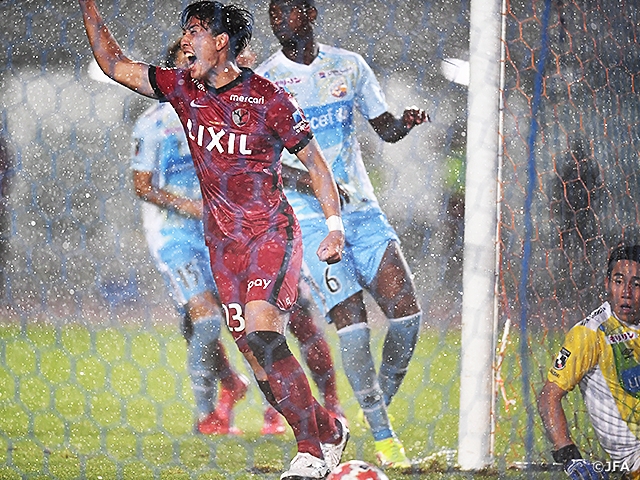 The round of 16 (fourth round) fixtures of the Emperor's Cup JFA 101st Japan Football Championship took place on Wednesday 18 August.

At Transcosmos Stadium Nagasaki, Kashima Antlers(J1) faced V-Varen Nagasaki(J2). The match started with the J2 side scoring the opening goal, as Nagasaki’s MAIKUMA Seiya connected with the cross delivered by Wellington RATO to strike a header into the Kashima goal.

Although Kashima struggled to find their rhythm in the first half, the J1 side managed to pick up their pace in the second half, which kicked off after an hour delay due to a thunderstorm. With heavy rain pouring down the pitch, Kashima levelled the match with the equaliser scored by Arthur CAIKE, followed by the go-ahead goal scored by EVERALDO, as they took the lead with just 15 minutes into the second half. 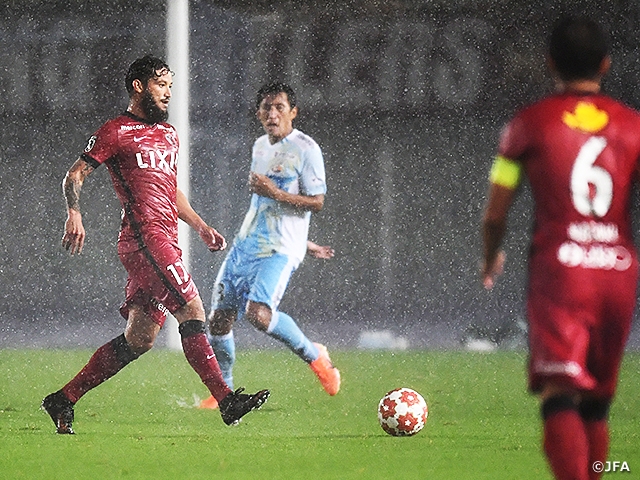 In efforts to rally back, Nagasaki made several changes to their line-up, but ended up conceding another goal in the 74th minute, when HAYASHI Naoki converted the free kick delivered by NAGAKI Ryota to seal the deal. As a result, Kashima advanced to the quarterfinals with a 3-1 victory.

SOMA Naoki, Coach (Kashima Antlers)
Our opponent insisted on utilising diagonal balls to create opportunities, which allowed them to score the opening goal and gave us a hard time. We struggled to find our rhythm in the first half, but we were able to go over our strategies and communicate with each other while the match was suspended due to the thunderstorm, which allowed us to play more compact and score goals to take the lead in the second half. Despite the pitch condition, we managed to play persistently to advance to the next round. We hope to make the most of this experience in our future cup and league matches.

HAYASHI Naoki (Kashima Antlers)
We have been working on delivering freekicks in between the opposing goalkeeper and the defence line, so I was committed to making my run into the far side. I was able to score the goal because (Nagaki) Ryota delivered a great ball. This was my second goal since turning professional, and a goal can make a huge difference in a tournament, so it meant a lot for me to score that goal. With the addition of Bueno, the competition to earn a starting position is getting fierce than ever, so I hope to continue to earn results to make a case for myself.

MATSUDA Hiroshi, Coach (V-Varen Nagasaki)
We were able to execute our game plan and showcase our determination to win the match during the first half. That is why we are regretting the way we entered the second half. The players lost their concentration in the heavy rain and looked lost and overwhelmed by something besides football. All and all, Kashima was the better football team, as they executed the fundamentals under the same circumstance. This match gave us a great learning experience.

NAGURA Takumi (V-Varen Nagasaki)
We have lots of confidence in our ability to create opportunities from the flanks, and the opening goal came from a play we have worked in our training sessions. It is great to see that our trainings are translating to the matches. I personally wasn’t able to get myself involved with the ball in the second half. I hope to showcase more plays to create opportunities for the team in the attacking third. 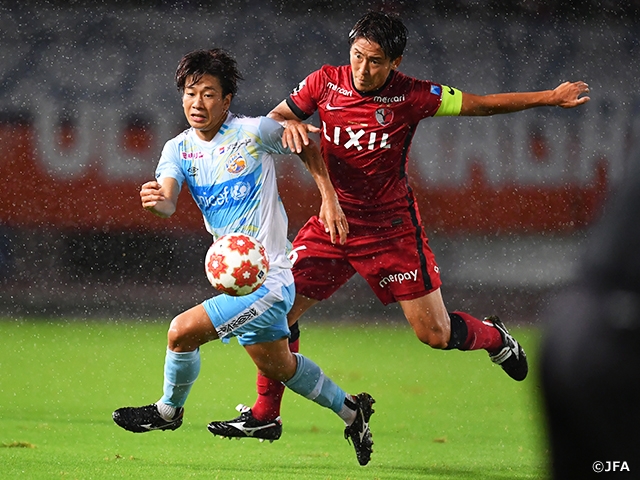