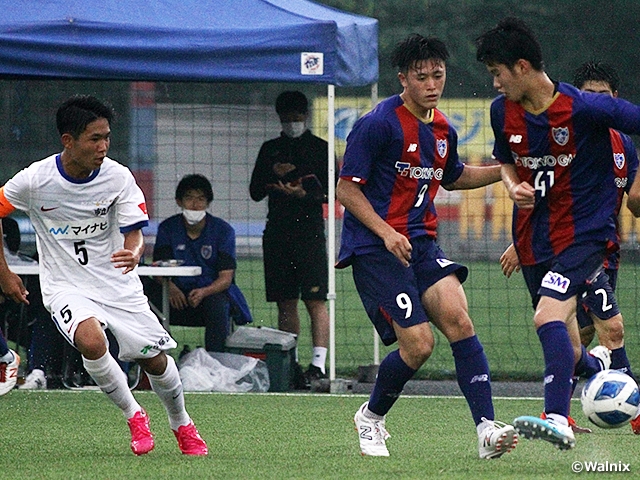 The ninth sec. of the Prince Takamado Trophy JFA U-18 Football Premier League 2022 EAST took place between Saturday 28 May and Wednesday 22 June.

Matches were held in an irregular schedule due to the regional qualifiers for official competitions of various federations were being held ruing this period. On Wednesday 22 June, the latest match was held, as FC Tokyo U-18 welcomed Funabashi Municipal High School to their home field, Tokyo Gas Musashino Multipurpose Ground.

The match saw the two sides go back and forth from the outset. As FC Tokyo’s NAGANO Shuto (#41) mentioned, “It was hard to control the ball in the first half due to the rain,” the heavy down pour caused the players to lose possession of the ball, which induced frequent and intense battles to win the ball, all over the pitch.

While both side struggled to settle down, it was Funabashi Municipal who created more opportunities throughout the match. GUNJI Riku (#10) started the action early in the match, when he broke into the open space before firing a shot. Gunji also created a close opportunity in the second half, setting up the shot of IJEMBA Richard (#27), but as coach HATA Shugo later reflected, “We didn’t have the quality in the final third,” the Funabashi side fell short from capitalising on their chances. 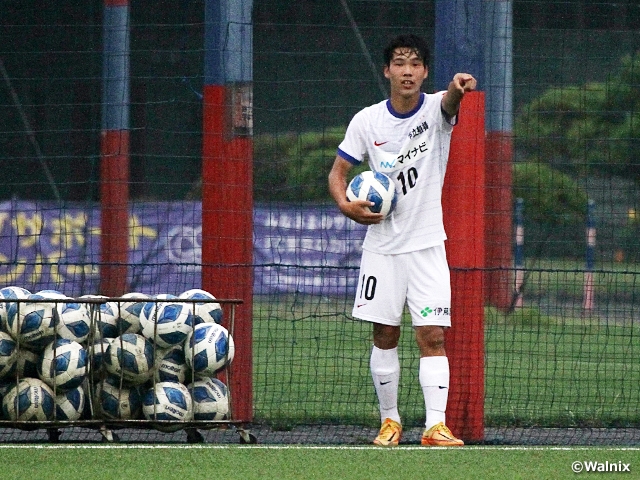 FC Tokyo on the other hand, demonstrated their perseverance, as coach OKUHARA Takashi mentioned, “In the last few weeks, we have been training hard, with an emphasis on the defensive side of the game.” The coach reflected on the match, saying, “Our opponents created number of close opportunities, but we managed to avoid conceding a goal.” However, the coach also mentioned, “By the time we finished the first half, I thought we would be lucky to walk away with a point.”

Despite the coach's misgivings, the team subsequently gained momentum through their short counters in the second half, and the deadlock was broken in the 72nd minute, when MATSUMOTO Aiki (#14) broke through the left side before sending a cross towards the centre, which was converted by TAGUCHI Kichi (#15), a player coach Okuhara described, “He is a really clever player, so when we give him a few instructions, we is capable of understanding the whole intent.” 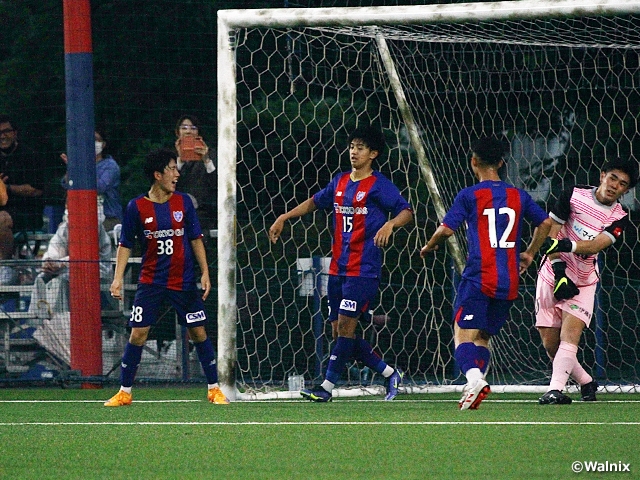 FC Tokyo then held off the attacks of Funabashi Municipal to win the match 1-0. The Tokyo side managed to earn three points in a match they could not afford to lose in order to stay in contention for the title race, as coach Okuhara commented, “We haven't had a single clean sheet so far, so this clean sheet is huge for us.” The team will now face the league leaders, Kawasaki Frontale U-18 next week.

On the other hand, it was a challenging but fruitful match for the losing side, Funabashi Municipal. Entering the match with just two days rest following the Inter-High School Championships qualifiers, the Funabashi side were missing many players due to injuries, but still showcased a well fought match with the players they had available, as coach Hata praised his players, “They have grown really strong over the years.”

OKUHARA Takashi, Coach (FC Tokyo U-18)
Funabashi Municipal played extremely well, so we feel fortunate to walk away with three points. We conceded many close opportunities, but the players did well to step up their defence and worked hard to showcase what we had been working on during the season break. The players had my full trust, and they responded with that goal.

MF #41 NAGANO Shuto (FC Tokyo U-18)
In the first half, we made a bit too many mistakes as a team, including some of my own. The pressure and intensity level is very high at the Premiere League, so we are focused on keeping our touches to the minimum and using the width of the field. I am often told that I am holding the ball too long, so that is an aspect I am consciously making efforts to improve while also creating the rhythm for the team as a defensive midfielder.

HATA Shugo, Coach (Funabashi Municipal High School)
We knew this was going to be an extremely difficult match, but the players played much better than we expected. FC Tokyo’s ability to win the ball in their attacking third was impressive, but our players were not intimidated by them and fought back to create close opportunities. The fact that we couldn’t capitalise on our chances is something we need to improve on, but this was a match that really showed our players’ growth.

GK #25 TANAKA Kodai (Funabashi Municipal High School)
Although we were able to earn good results at the Inter-High School Championships qualifiers, many of the players were not in their best condition today. We created number of close opportunities but finished the match without capitalising them. The Inter-High School Championships qualifiers gave us the opportunity to reconfirm our football style, and I think we are in better shape as a team. I feel that we were able to showcase our strengths in today’s match as well. 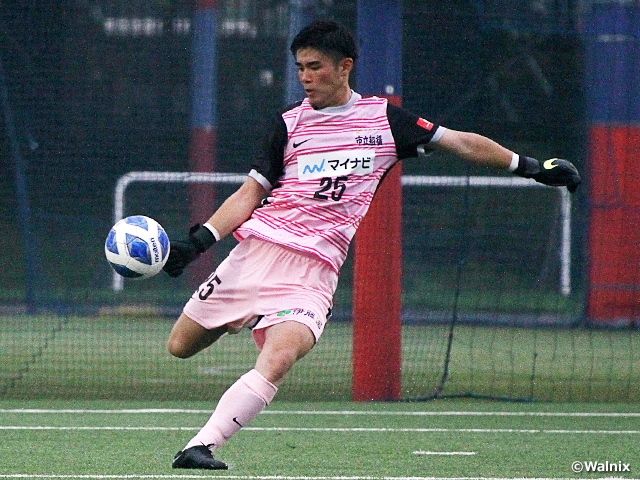