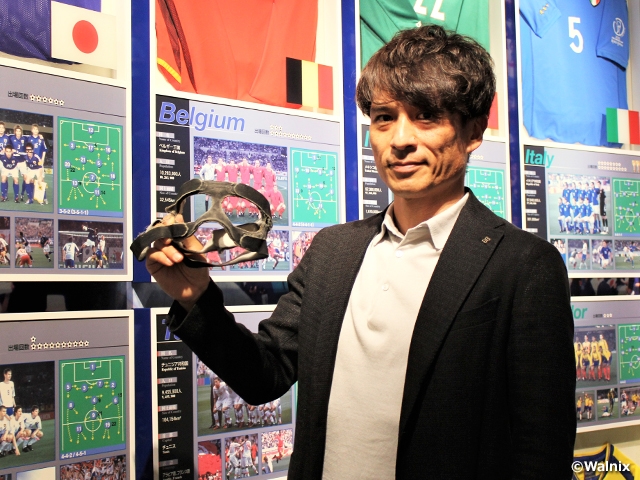 This year marks the 20th anniversary of the 2002 FIFA World Cup Korea/Japan™. We interviewed Mr. MIYAMOTO Tsuneyasu (JFA Executive Committee Member), who contributed to Japan's first-ever round of 16 appearance at the FIFA World Cup™, to hear about his memories with the Japan National Team.

――First, I would like to ask you about your state of mind just before the 2002 FIFA World Cup Korea/Japan™. With the team being expected to reach the round of 16 as the host nation, what was the pressure like psychologically?

MIYAMOTO We were under pressure to some extent. The team had built up a certain amount of experience, including a runner-up finish at the FIFA Confederations Cup Korea/Japan 2001™ the year before, but a crushing defeat to Norway during our final training camp held in Europe left us with a sense of insecurity going into the World Cup.

――You were in the starting line-up against Norway.

MIYAMOTO The space behind our “Flat-three” defence line, which was the team's core defensive tactic, was exploited and things were definitely starting to look bleak.

――Head Coach Philippe TROUSSIER is said to have expressed his concern to the coaching staff after the match against Norway that “something was missing.”

MIYAMOTO When I saw our head coach and coaching staff engaging in a discussion at the post-match dinner table, I sensed a different vibe and that something was going to happen.

――Veteran players NAKAYAMA Masashi and AKITA Yutaka, who both played in the 1998 FIFA World Cup France™ four years ago, were added to the final squad.

MIYAMOTO It was what was missing from our team. Their addition may have been the answer the coach came up with.

――In the first match against Belgium, you were unexpectedly called upon to replace injured MORIOKA Ryuzo.

MIYAMOTO Having learnt a lesson from a bitter experience in the past, I was able to enter this match with a calm state of mind. The bitter experience came during the Sydney Olympics held two years prior to the World Cup. Ahead of our third group stage match against Brazil, I was overly worked up by the fact that I had been given the start and ended up showing a poor performance. Since then, I have always tried to keep my composure at all times, which I think helped me to calm down in the match against Belgium. 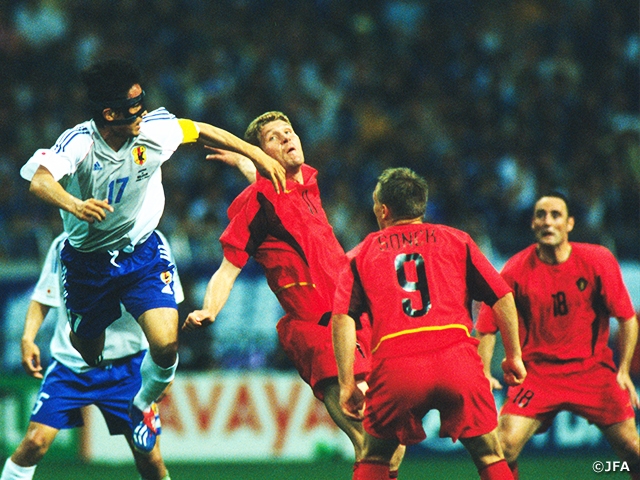 ――The team conceded the first goal to Belgium.

MIYAMOTO Really? I thought we had taken the lead. Maybe it was because SUZUKI Takayuki and INAMOTO Junichi’s goals left a stronger impression on me. When I took the pitch, the score was 2-1, we had a one-goal lead and were playing with a positive mind-set.

MIYAMOTO Of course, we wanted to win, but we managed to fulfil our minimum requirement to secure a point, and the team atmosphere was very positive, as we were able to avoid the worst case scenario going into the second match.

――In the following match against Russia, the team went on to win 1-0, earning the long-awaited first victory at the World Cup.

MIYAMOTO That was an unforgettable night. The pitch was so beautiful, and it was a sight I had never seen before. As in the first match, I was calm before the match and was able to take a step back to have a broader view of my surroundings. During the match, I felt I was in the zone, but I was also able to calmly assess each situation and play with composure without losing concentration.

――Reflecting on the results of the first match, the “Flat-three” had also been modified.

MIYAMOTO We went into the second match with a lot of confidence in that regard. We avoided setting up a tight line and managed to control our opponents' offence very well. In the run-up to our match against Russia, the defenders had a discussion and came to the conclusion that it would be better to set up the defence line with a little more leeway in the back.

――The team won their third match against Tunisia and reached the round of 16 for the first time, where they faced Turkey.

MIYAMOTO We conceded the first goal in an unfortunate fashion, and although we were able to possess the ball, we struggled to create opportunities in the attacking third, and the match ended in a frustrating way. During the match, it felt like our opponents were playing a very “mature style of football.” 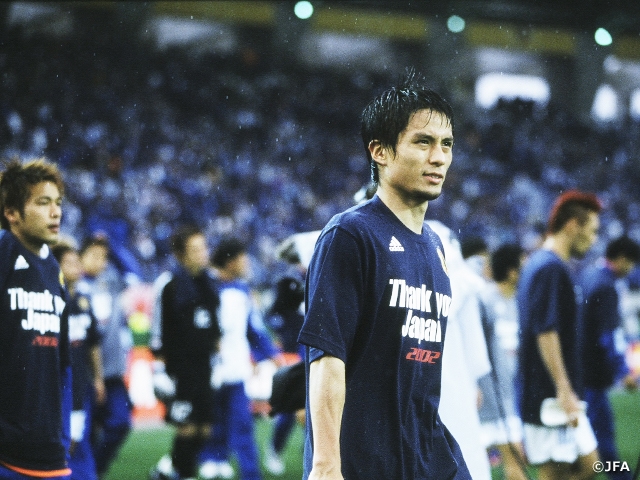 ――So you were able to experience at first-hand how much of a gap there is between Japan and the world's top teams.

MIYAMOTO I think this match became a starting point not only for the national team, but also for Japanese football as a whole, to see how we can fill the gap with the world's top teams.

――It was also the first tournament in which players who had competed in international competitions in the under-age categories made full use of their experiences as the mainstay of the team.

MIYAMOTO Since competing in the FIFA U-17 World Cup™, I have developed a sense of pride and responsibility to play for the national team. I also recall Mr. YAMAMOTO Masakuni (who served as Head Coach of the U-20 Japan National Team at the FIFA World Youth Championship Malaysia 1997™ and Assistant Coach of the Japan National Team at the 2002 FIFA World Cup Korea/Japan™) telling us that “these international experiences will be helpful in the future.” We also benefited from the in-depth conversations we had with him about past events, including the 1996 Atlanta Olympics. During the U-20 Japan National Team’s tour in Australia, Masakuni-san was furious with us when we all went to the beach and told us “You will get low-temperature burns. You must not do anything that will jeopardise your performance.” Including such details, I have learnt what it takes to compete in international competitions, and I think this was put to good use at the 2002 FIFA World Cup Korea/Japan™.

――Once again, what significance does the 2002 FIFA World Cup Korea/Japan™ have in your mind?

MIYAMOTO It was a tournament that helped us realise our strengths and gave me a great deal of confidence, as well as a clear path to follow in the future. It was also a good opportunity to receive support from new fans and supporters, partly due to the impact of me wearing a face guard while playing. The 2002 FIFA World Cup Korea/Japan™ coincided with the 10th anniversary of the J.League. I fought with a strong desire not to extinguish the fire of Japanese football, and I hope that I was able to contribute in some small way. 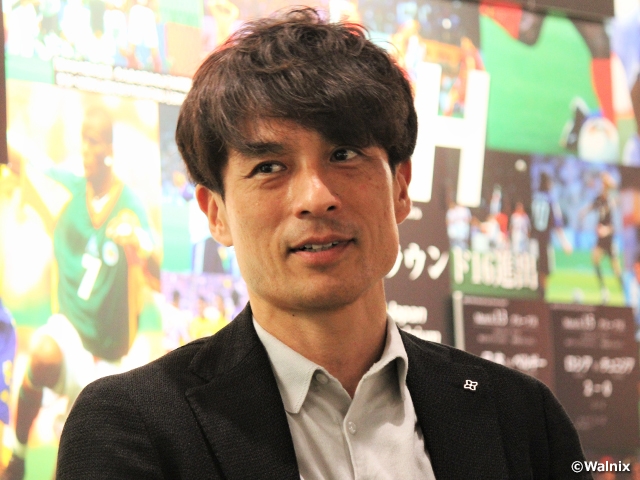