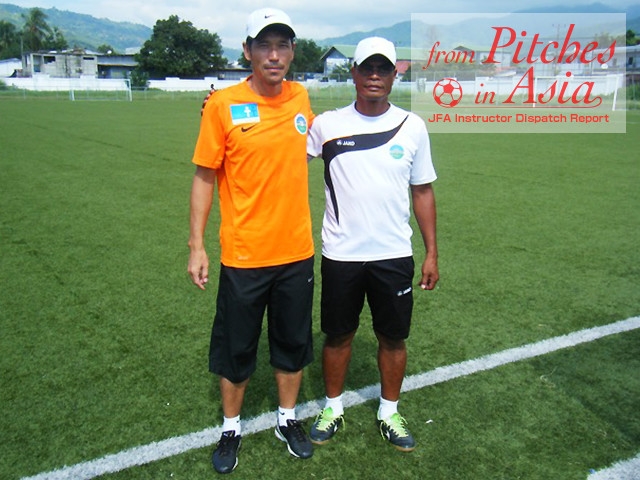 ''From the pitch in Asia'' introduces the voices of the coaches who are working across the region. In the fourth edition of it, Takuma Koga, the head coach of East Timor national Under-21 and Under-18 teams tells his activities. East Timor defeated Mongolia in the first qualifying of the 2018 FIFA World Cup, advancing to the second qualifying for the first time.

Getting through the first World Cup qualifying

East Timor beat Mongolia in the first qualifying of the 2018 FIFA World Cup last month and advanced to the second qualifying for the first time. Football is the most popular sport in East Timor, so they got excited after the game. Especially when we returned home from Mongolia, there was so much boisterous merrymaking on the streets from the airpot all the way to the East Timor football federations. Of course when we had a 4-1 win at home in the first game, it wasn’t an exception, and in their capital Dili in particular, the excitement level was just great.

For East Timor, each and every country is going to be tough opponents in the second qualifying. It’s a good opportunity, and we would like to be in the same group as Japan and we would like them to come and visit East Timor. Then this country will be recognised even more across the football circle, including Japan. We won’t have domestic league games until the second qualifying, so we are going to prepare ourselves by hosting a training camp from a month prior to it, like every other category does.

The FFTL have only one training pitch with artificial turfs, so they have to manage the time, sharing it with each category. With this feat that we have advanced to the second qualifying, we hope that they will work on preparing better environments.

Our feat this time pleased the players of the under categories that I am coaching and sent a lot of inspirations. For the A team, three U-19 players were called up and one of them played as a starting member even. That alone makes me happy, but I also feel that the depth of the A team is still thin.

It's the coaches who grow the players, but here in East Timor, there are almost none of those. As the head coach, I'm focusing on developing the players and building up the team for the AFC U-19 championship qualifying of this fall. But I think that I will also have to ask the federations to develop coaches. 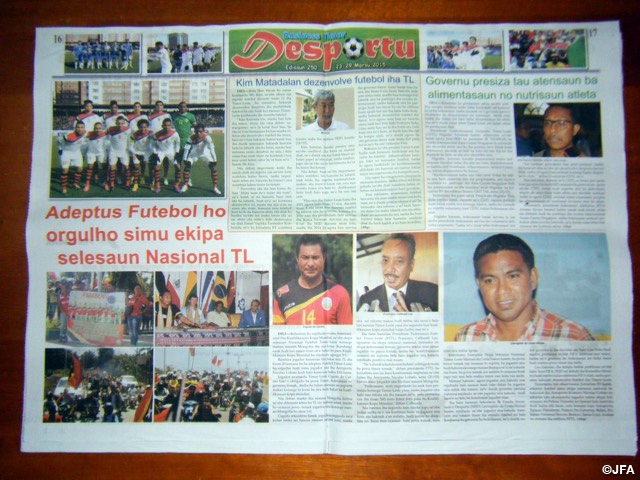 Speaking of my life in East Timor, my residence is comfortable and I usually relax there during weekends. Also, I enjoy having meals with the Japanese residents there.

East Timor belongs in ASEAN region, but the nature of the citizens are like those in South America and is laid-back. Because of that, not only the players come late, but they also don't even come without any notification and I was very surprised by that at the beginning. It took me some time to educate and coach these players. I told them the importance of coming to practices and if they could come, they needed to notify us with their reasons. And by keeping telling them these, the players eventually got to understand.

I was dispatched here by a fortune and have been coaching the under categories of the national teams. But when I first heard the name of East Timor, I was able to come up with any image of it. It's the first country that became independent in the 21st century and is a young, developing country. It's not wealthy compared with Japan, but each citizen is living his and her life positively and with a smile. For Japan, East Timor is still a place that they are not so familiar with, but hopefully we make them know a lot more through our football activities. 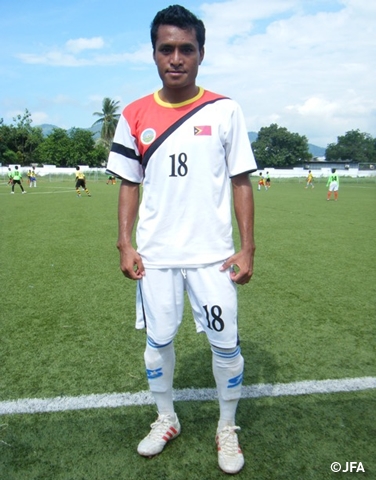 East Timor players with the cleats that were presented from the JFA. They might play with Japan one day.

After playing at Shizuoka Prefectural Shimizu Higashi High School and Juntendo University, Koga played for Jubilo Iwata (Yamaha Motor when he entered), Shimizu S-Pulse and Cerezo Osaka. He later served as the head coaches for Cerezo Osaka Under-15 and Under-17, Under-16 and Under-14 Singapore national teams. He has been dispatched in East Timor since February, 2014.