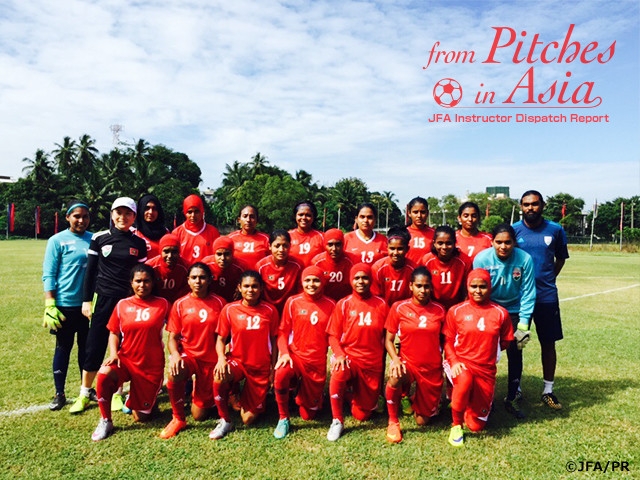 Life in the Maldives

In the Maldives, 99% of the population is Muslim and the life here is based on prayer time that is held 5 times a day. Businesses and schools start from Sundays and their weekend is on Fridays and Saturdays. Fridays are special prayer days for them and the number of male worshippers is large enough to close the streets. When I saw this for the first time, I was very surprised and I felt that I am in a Muslim country.

Since English is used for all classes from elementary school education, school children speak English in their daily conversation and use their mother tongue “Dhivehi” only at home. They have many chances to meet various cultures through a variety of ways such as Korean and Indian music, Japanese and American cartoons, and English football.

However there are many things that even secondary school age children have never experienced such as overground and underground trains, bullet train journeys, playing in the mountains, rivers, and lakes, visiting any zoos, and touching snow.

In the case of girls, there are many female players who are embarrassed to do some exercises such as hip joint stretches and leapfrogging since they require opening their legs. The male National Football Team is very popular here and everybody in the country supports the team when it comes to any National Team match.

Women’s Football in the Maldives

Currently, I work for the U-14 Women’s National Team as well as the National Team. Most of the U-14 players only have 1-2 years of football experience and what we do for them are training and game sessions to improve their basic fitness and football skills.

Being a “Coach of the National Team” is my first challenge, and I have worked for this getting support from the players, the coaching staff members, the Football Association of Maldives, and the Maldives Olympic Committee. Since I took up the role as the coach, the players have changed and now pay attention to discipline and the rules, and they have also started to understand more about certain attitudes and mentalities required as squad members.

Now they have improved their skills, the level of understanding of tactics and they can make more scoring opportunities. The whole level of the team is becoming higher and higher; with more positive motivation to join in the training sessions, but we still have issues such as physical fitness, 1-on-1 play, and enhancing the internal competition for places on the team.

The Maldives Women’s National Team was launched in 2003 and this is their 13th year. In 2015, when I became the coach, the team got their first victory in an official match at the South Asian Football Federation Women’s Championship. Since then the team has had increased national interest and there is more awareness of women playing football.

It would be good if I could work for encouraging women’s football to be a popular sport in the Maldives by increasing the number of players here; I would like to work for preparing a good training environment for young players including children. We also think about launching a Women’s Football League sometime in the future. This is not something I can do on my own, so I would like to discuss and work well with the staff of the Football Association of Maldives. 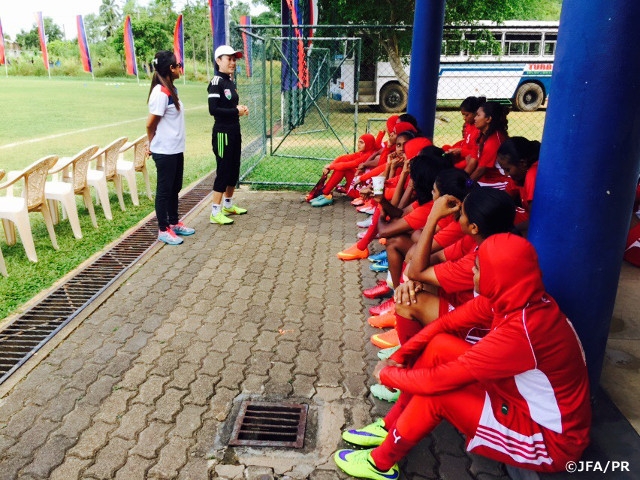 A message for women’s instructors who want to work abroad

In March 2014, I had a chance to meet with many women’s coaches through participating in the “JFA Women's International Coaching Course 2014” which was held at J-GREEN Sakai, and I was able to share information about women’s football in Asian countries. That changed my interest.

To be honest, I got to know about women’s football in the Maldives at that time. A few months after the course, JFA offered me a short-term mission in the Maldives for the South Asian Football Federation Women’s Championship and my challenge in the Maldives started with support from my family. 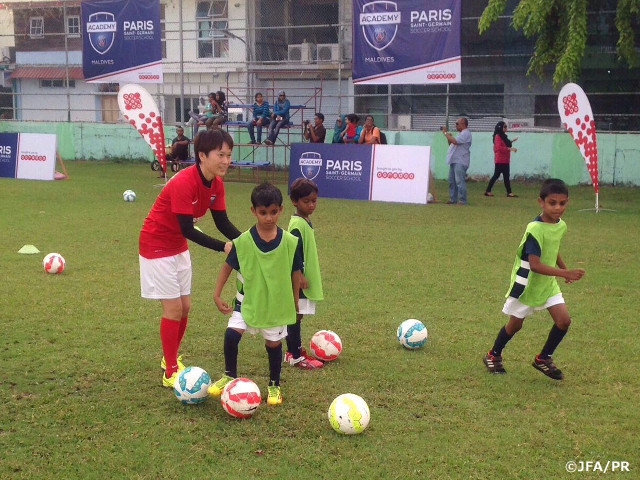 In Asia, there is a lot of demand for female coaches/instructors and there are chances to work abroad for any Japanese female coaches. To get the chance, you need to take responsibility for whatever you decide to do, and to study English, making every day count and preparing well for the chance since you never know when it will come to you, and sharing passionately with your family and other people about what you think and do for football and talking about your dream, will be helpful to get support. Coaching experience outside of Japan will be beneficial for Japan’s football in the future. I deeply hope that a large number of female instructors rise to the challenge of this role.