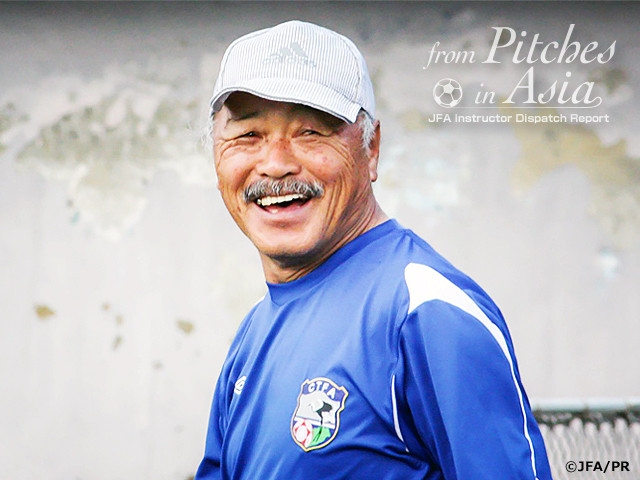 The eighth “From the pitches of Asia” report, in which we introduce the viewpoints of instructors active in Asian countries, is written by KURODA Kazuo, who is in charge of youth development and the “U-12 Elite Project” in Chinese Taipei.

Life and football in Chinese Taipei

As you know, people here are famous for being pro-Japanese and we can live comfortably. There are many notable sites, which are not in the tourist guidebook. They are always busy with families during weekends, and I myself often visit to refresh my mind, as I have easy access to any place.

By far the most popular sports in this country are baseball and basketball. Although football comes next, there is a big gap from the top two. One of the reasons is that we do not have enough practice grounds here.

As eight artificial turf pitches will be prepared before the Universiade in 2017, we can expect the domestic environment for football to be better. As individual sports, jogging and cycling are also very popular.

I have three roles in Chinese Taipei: being in charge of youth development; the coach of U-13 and U-14 national football team, and “the U-12 Elite Project”. The last one is a new project, in which we aim to nurture the players on a long-term basis.

We started with inviting teams from six of the domestic training centres in May to hold the first nationwide football championship for children. More than 200 players across the country, including one U-12 team and two U-10 teams from each region, participated in a round-robin tournament.

The players were enthusiastic about competing with other regions, saying: “we can’t lose against that region!”, because the result would decide the ranking of each training centre.

The main purpose of this championship for the players was to have an awareness of being “elites”, and for the coaches was to understand their issues and to find talented players from their own regions. Although there was some room to improve the PR campaign of this championship, we are planning to hold the same tournament in a different site every year. 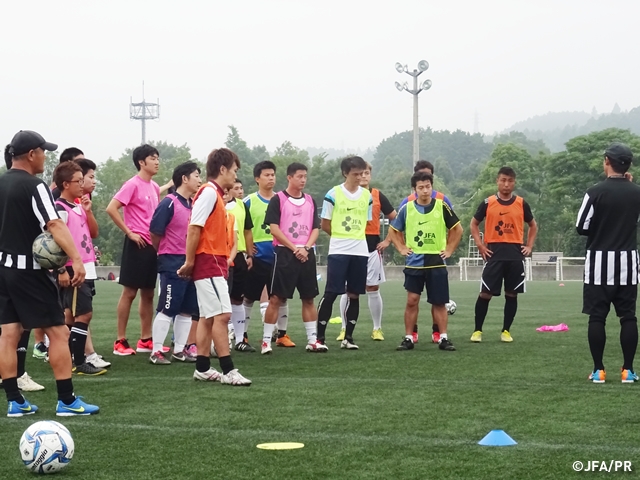 I visited Japan for ten days with ten other youth development coaches for a training course in the end of July. The aim was to see the current level of Japanese U-12, as well as to learn their practice patterns and training methods, through watching J.League games, attending lectures about the Academy of J club teams and the “JFA Football Future Programme, training centre course U-12” in Gotemba.

The participants stayed highly motivated, showing an eagerness for learning more by asking never-ending questions at each site. I believe they learned a lot and will do their best back in Chinese Taipei.

The reason Japanese coaches are preferred

There are currently three coaches in Chinese Taipei - NAGIRA Masayuki, the coach of Chinese Taipei women's national football team, SUZUKI Daichi, the goalkeeping coach, and me. There are more, if you include other coaches, who are dispatched for a short-term role, such as one week.

Generally, people say: “a foreigner tends not to follow the same bad habits.” Even so, because of our eagerness and loyalty to the roles, as well as of our love for football, we are required more than other foreigners.

Our knowledge, experiences and extreme precision, along with our “international mind”, are also highly valued. They used to think only about winning the domestic championships. However, we brought them the concept of “being able to win an international match with some improvement” for the first time, sharing necessary training methods. That is one of Japanese coaches’ characters and strengths.

When I took this position three years ago, the players started a practice session before I knew it without a proper meeting. They did not have the attitude to listen and could not concentrate well. So I started to tell them very basic stuff, including to “look into eyes while listening to someone talking” and “say yes, when you understand”.

During the practice session, I made on and off clear in order to concentrate better by mentioning: “start now, and stop then”. Although it is very common in Japan to “say hello and shake hands when you see someone you know”, I had to tell the national team players to do so. Then as they took the lead in setting good examples, it has become more common nowadays.

Essentials besides the skill

Lastly, I would like to share the people skills, which, I think, is very important. I was impressed with all the smiles from volunteers at a home game of Frontale during our Japan visit. They were there because they wanted to support. Even though it was a serious match, it was good to have many smiles at the site.

As smiling has not been that important in Chinese Taipei’s history, it is essential to start when the players are young in the long term. Why are there such smiles? I believe, it is “agreeing to disagree” and it also means “internationalisation”.

I want the players to understand the importance of humanity in order to improve their skills. Smiles can play an important role in that. I would also like to share this fact with other coaches in Chinese Taipei, just like the greeting custom I mentioned earlier. That is why we Japanese coaches are required here and personally, this is what I am focusing on. 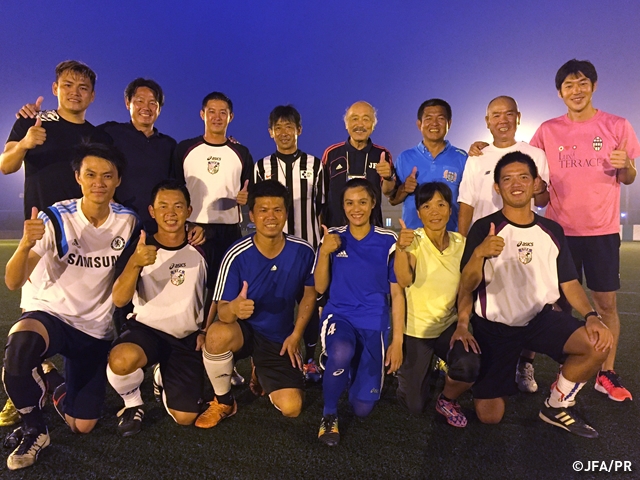