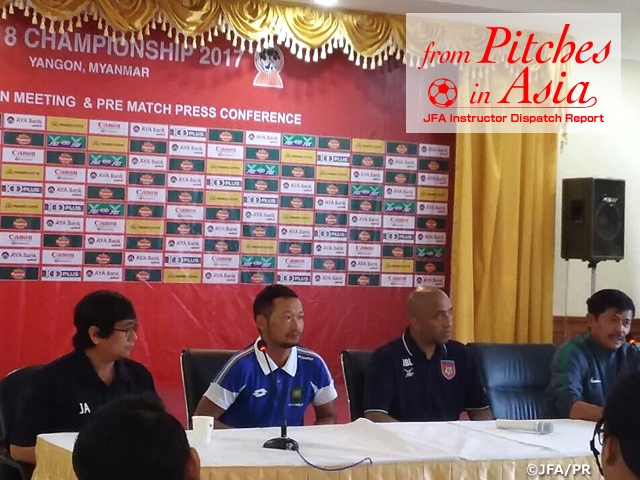 The 29th edition of “From Pitches in Asia,” reporting voices of instructors in Asian countries, is from Mr. FUJIWARA Takao who has taken up a role as the coach of U-18 Bruni Darussalam National Team for the National Football Association of Brunei Darussalam (NFABD).

Since becoming the coach in this country in 2015, I had instructed the same players of U-14 and U-15 ages for two years until 2016. During that time, what I mainly focused on was ball-controlling skills and running ability.

Before that period, they had rarely practised ball-controlling skills. My predecessors had been telling ball holders to make a quick decision, but it is similar to saying to a beginner driver, “Look around while pressing the accelerator to pick up speed.” This often causes an accident. Then, I started to instruct them to stay undistracted and practise ball control. Players in other age-group teams started to adopt the ball-controlling training, too. In terms of the running ability, they not only didn’t have the endurance but also didn’t displayed repeated sprint ability during a match. I put emphasis on those two points in training so that we won a cup tournament in style in the second year, even though the opponents were one year older than us.

By witnessing the success, I felt that the attitude of the NFABD staff became more friendly to me. It was another precious experience for me.

Judo coaches are also coaching in Brunei as part of the Japan Foundation programme as I do for football. I had a chance to talk with them when visiting their open workout. The common thing we had was that people here think their ability improves easily only by having a Japanese coach. It’s an honour that Japanese coaches have earned such a high reputation, but we are not magicians. It’s difficult to achieve good results in just one or two months. I use my energy to convey the importance of the accumulation of daily training in any sports. 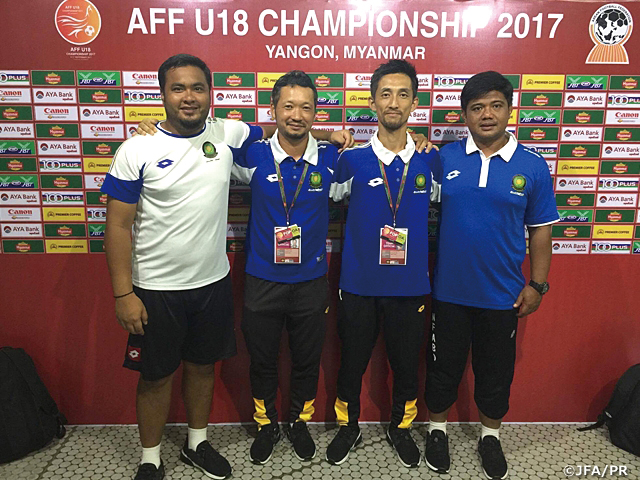 To prepare for the AFF U-18 Championship that takes place in Myanmar this year, we had a training camp in Osaka in August.

We made preparations for the camp in Brunei before visiting Osaka that included a scrimmage against the only domestic pro team mostly composed of national team players and practices focused on defence. Our U-18 team fell 0-3 to the pro club team but were able to create some chances. But when facing J.League’s academy teams in practice matches in Japan, the deficits doubled. The never gave us a chance to touch the ball and any attempts that the Brunei players thought they were capable of didn’t work. The players and staff members were disappointed with the result, but it was a good culture shock for them who usually don’t get too much pressure or stress. I wanted them to get used to the pace of the international level through matches against teams better than them.

The original goal we set for the competition in September was to win one match to start with. We focused our efforts on the first match against the Philippines and managed to gain the victory because we were even in terms of our overall level. But because our players were not used to the tight schedule and games with only one-day interval, they ended up exhausting themselves both physically and mentally.

The past Brunei teams were able to score from counterattacks only, but this time we were able to finish our attacks with shots after keeping passes even against teams a bit better than us, even though our offence did not score many goals. That gave our players and staff confidence. We had never won any game when the opponent team make a goal first, but everyone on the team kept their faces up and fought through the Philippines match. I was very happy we came back to win it in the end. 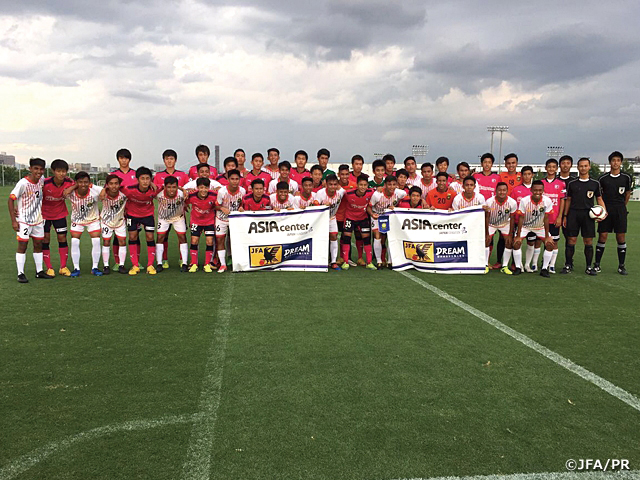 Our next tournament is the AFC U-19 Championship qualifiers from Tuesday 31 October. Our group includes host Korea Republic, Malaysia, Indonesia and Timor-Leste. The opening match is against Indonesia, who we lost 0-8 to in the final match of the last AFF tournament. The experience reminded me that all teams are good, and it's very tough to play against Korea Republic in the same group, but I will do my best together with my team members to contribute to the development of Brunei football.