Online Talk-show “Japan must compete like this in 2021” held with Mr. JO Shoji and Mr. NAKAZAWA Yuji as guests - Japan Football Museum 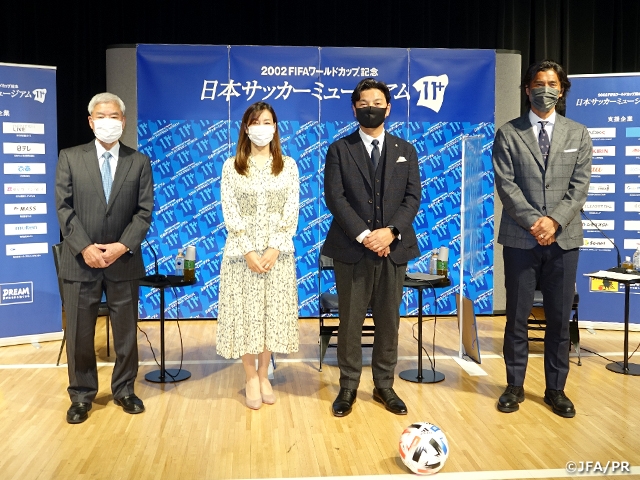 On Saturday 26 December, the Japan Football Museum hosted an online talk-show, “Japan must compete like this in 2021.”

In efforts to limit the spread of COVID-19, the annual talk-show hosted by the Japan Football Museum was conducted online this year. Sports caster, Ms. HIBINO Mari took the podium as the moderator, while former members of the Japan National Team, Mr. JO Shoji and Mr. Nakazawa Yuji, joined as guest panellists.

The first theme involved topics that summed up 2020, such as how people should spend their time during quarantine, how J.League conducted their matches during the pandemic, and this year’s AFC Champions League, which was held in Qatar.

When asked about the SAMURAI BLUE (Japan National Team), who conducted two tours to Europe to play four international friendly matches in October and November, Mr. Jo mentioned, “It must have been hard to strengthen the team, but the fact that they were able to conduct the matches was a positive thing. It is important that the players are communicating with each other.” Mr. Nakazawa also commented, “It was great for the fans too, as they probably wanted to see them play.”

The two former players then reflected on their playing career, as they shared episodes of coaches and players who they looked up to during their career.

To conclude the show, Mr. Jo gave a message to the viewers, “I know that people are stressed during this difficult time, but I hope you can find ways to cheer and support your favourite team or players.” Mr. Nakazawa also commented to cap the 90 minute show, “We are going through this tough time together. Let’s think what we can do for others and do the little things to help each other.” 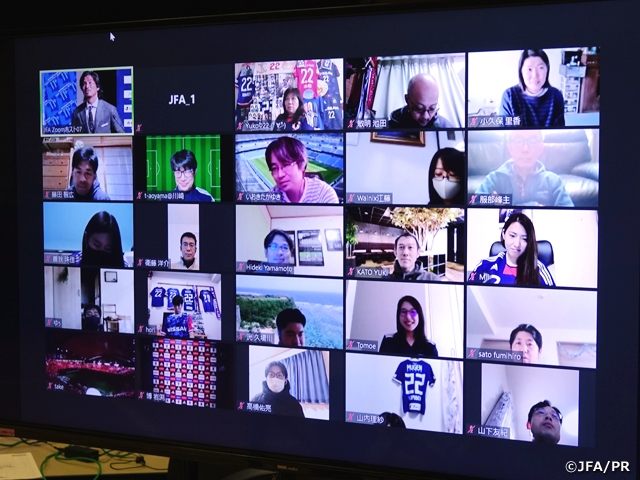 DAINI Kuniya, Japan Football Museum Director/JFA Supreme Advisor
We were given the opportunity to hear rare stories from two former players of the Japan National Team, and they allowed us to carry out a very fruitful talk-show for the viewers. The episodes regarding their relationships with other players and coaches were very interesting. The show also allowed us to revisit the qualities of Japanese football and what the national team must do to win at the world stage. These discussions were very productive for the future of Japanese football. In 2021, JFA will enter its 100th anniversary year. Although we are in the midst of a pandemic, the Japan Football Museum will give our support to the Japanese people and give energy to the Japanese football community.

Mr. JO Shoji
Although it was unfortunate that I couldn’t meet people in person, these online events can be held during a pandemic and we had a lot of fun today. I will give my best efforts to support the football community in 2021, and with the help of everyone involved, I hope to contribute to the development of football as a whole. This was a really fun talk-show. 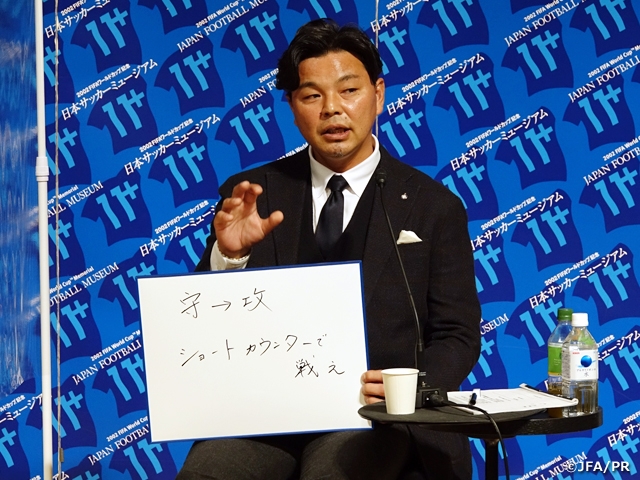 Mr. Nakazawa Yuji
I had a lot of fun today, and I would like to join the event again. 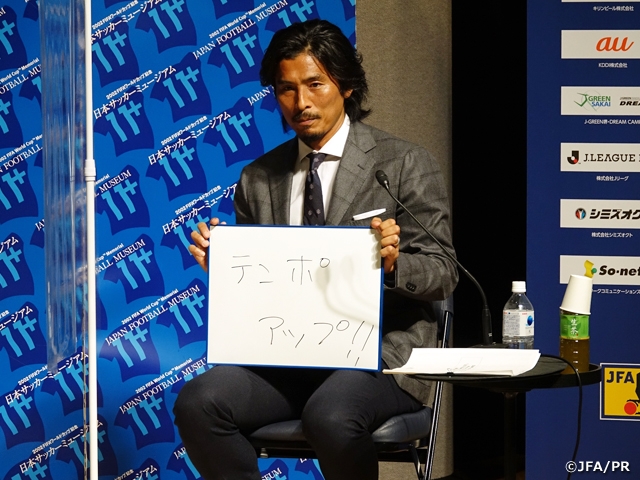 Ms. MURAYAMA Tomoe
I always liked watching football and I learned about this event through SNS. It was very interesting to hear personal episodes of Mr. Jo and Mr. Nakazawa’s playing days. With the spread of COVID-19, it is getting more difficult to watch live football, but through these talk-shows, I was able to indulge myself in football, so this was a very fun event.